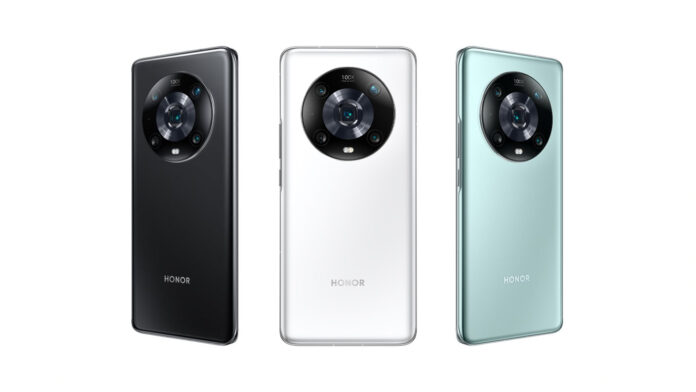 Among the many innovations that we are seeing presented at MWC 2022 there are also Honor Magic 4 e 4 Pro, the new top of the range of the former Huawei family. We have been waiting for the Global launch of the much talked about Magic 3 series, but the company preferred to skip straight to the next chapter. Two smartphones that focus heavily on sectors such as displays, performance and cameras: let's see what their respective innovations are.

Honor Magic 4 and 4 Pro feature a symmetrical "Eye of Muse" design, with the Pro model boasting certification IP68 against liquids and dust. Both are available in Black and White, in addition to the new Cyan and Gold.

Honor Magic 4 Pro it has a screen instead quad-curved AMOLED HDR10 + from 6,81 ″ 2K with technology LTPO, able to dynamically vary from 1 to 120 Hz. Both smartphones also have 1.920 Hz PWM support for less eye strain. On the standard model, however, the panel is curved but only on the sides.

The Magic 4 series is made strong by Snapdragon 8 Gen1 from Qualcomm, the latest high-end SoC from Qualcomm. It offers 20% improved performance for the CPU, 30% for the GPU and 300% that of artificial intelligence. Memory cuts include 8 GB of RAM and 256 GB of storage space.

Supporting the Snapdragon chip is Honor Turbo Engines, a series of features to optimize hardware through software, such as Honor OS Turbo X and GPU Turbo X. As for the battery, the standard model has a 4.800 mAh rechargeable a 66W and the Pro one 4.600 mAh with SuperCharge fast charging capability a 100W, both wired and wireless.

The software is instead based on Android 12 and interface Magic UI 6.0. Among its features, Honor focuses on privacy with Directional Sound, a technology that makes phone calls more private by preventing those around us from hearing anything. Inside the smartphones there is also an independent chip for managing passwords and biometric data. The Pro model also integrates the facial recognition 3D via 3D sensor and ultrasonic fingerprint sensor Qualcomm 3D Sonic Gen 2, the largest and most performing in the sector.

Space also for the camera, with the Honor Magic 4 having one 50 + 50 + 8 MP with 122 ° wide-angle and periscopial telephoto lens with 50x digital zoom, while the Pro model includes a triple camera from 50 + 50 + 64 MP, inclusive of wide-angle lens to 122 ° e telephoto with optical zoom 3.5x and digital 100x. Through the Ultra-Fusion computational photography, the smartphone is able to return a better quality for sharpness and clarity of the images, even in the zoom phase. The selfie camera on the Pro is from 12 MP and is accompanied by the 3D sensor for face unlock.

Honor also introduces support for options such as Magic-Log Movie Master with Cinematic 3D LUT and AI Film Effects for video recording, for the first time in 4K 10-bit at 60 fps.

Do you want to find out all the details and secrets on the new top of the Honor range? Then take a look to our study dedicated to Honor Magic 4!