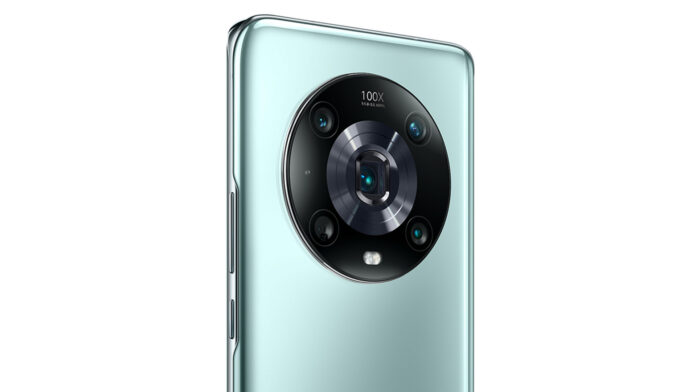 The new ones were officially presented on the stage of the MWC 2022 in Barcelona Honor Magic 4 e Magic 4 Pro. Two smartphones that sanction the return of the top of the Honor range in Europe, after the launch of the less valuable Honor 50. Phones that we can say have on their shoulders the legacy of the Mate series, which has now disappeared from Western shelves, thanks to very advanced technical capabilities and specifications.

Official Honor Magic 4 and 4 Pro: all the news

The design of Honor Magic 4 and 4 Pro has several signs of continuity with the style of Magic 3, with the so-called “Eye of Muse” symmetrical design. Behind we find the iconic round photographic module placed in the center of the body. Smartphones are available in four colors: White, Black, Gold and Cyan. In the case of the Pro model, there is also certification IP68 for protection from liquids and dust.

For the display, the Honor Magic 4 Pro sports a quad-curved AMOLED HDR10 + panel from 6,81 ″ 2K (2848 x 1312 pixels) with a density of 460 PPI. It is a type panel LTPO, able to dynamically vary the refresh rate through Honor MotionSync technology from 1 to 120 Hz to save battery, as well as 360 Hz touch sampling and maximum brightness of 1.000 nits. The standard model has a two-sided curved panel. Visual features include SDR to HDR conversion and MEMC technology to increase video FPS. The Magic 4 Series also includes PWM pulse width modulation at 1.920Hz, designed to reduce eye strain.

For all models there is a vibration motor on X-Axis and a heat dissipation system with a hexagonal graphene part and another with steam room. On the software side we have Android 12 customized with Magic UI 6.0, with various Honor Turbo Engines features for performance optimization. For example, Honor OS Turbo X to improve fluidity by combining hardware and software, and GPU Turbo X to improve the frame rate and lower latency in the gaming phase.

The Magic UI 6.0 also improves the appearance of the privacy, starting with the implementation of a dedicated chip to host passwords and biometric data and the HTEE + QTEE double security system. Also, there is a new feature of private call: Directional Sound technology causes sound frequencies to be split and emitted from both the ear capsule and the display. In this way, those around us will not be able to hear the conversation, even in the smallest and most silent spaces. At the same time, there is no shortage of stereo speakers with IMAX Enhanced and DTS: X support.

What is further improved is the camera compartment. The Honor Magic 4 series aims to be an industry reference, with unprecedented technology for photography. On the standard model there is one 50 + 50 + 8 MP with wide-angle lens from 122 ° e periscopial telephoto lens with 50x digital zoom. On the Pro we have a triple camera from 50 + 50 + 64 MP, including 1 / 1,56 ″ primary sensor with 7P lens, wide angle and periscopial telephoto lens capable of one optical zoom 3.5x and 100x digital zoom. Alongside them there is also an 8 × 8 dTOF sensor for focusing.

In addition to the hardware, the technology Ultra Fusion combines data from all sensors in play, ensuring a + 65% increase in the sharpness and clarity of captured photos. The AI ​​Color Engine technology, then, allows you to calibrate the white balance based on the context of the frame.

Honor has also focused on the quality of video recording, with the Magic 4 series being the first to bring video support 4K 10-bit at 60 fps. Options include Honor Magic-Log Movie Master and AI Film Effects support, with Cinematic 3D LUT to give recorded clips a more cinematic color tone with various presets. There is also an anti-flicker sensor to improve focus and shutter speed in low light.

The reason why Honor Magic 4 Pro has such a punch-hole screen is to be found in the selfie camera. In addition to the sensor from 12 MP for the photos there is a 3D Depth Camera used for the facial recognition 3D.