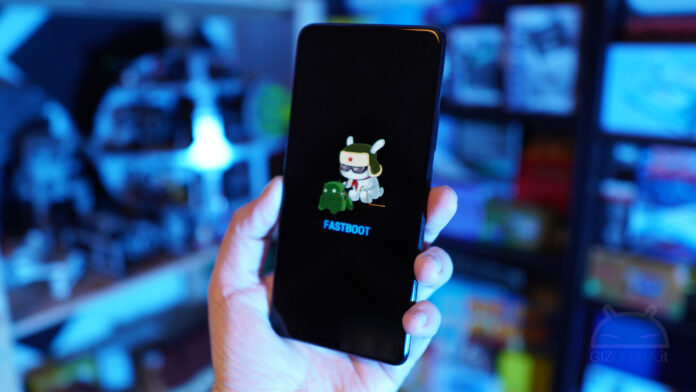 Xiaomi is about to say goodbye to his historic screen of Fastboot by MITU as the protagonist: the mascot of the Chinese brand will be replaced by a more minimal logo. It will certainly be a small blow for fans of modding and Xiaomi, but above all for lovers of the very nice Mi Bunny.

Upgrade 03 / 01: after months, MIUI welcomes back to MITU. Find all the details at the end of the article.

Xiaomi: this is how the new Fastboot screen will be

But what is it Fastboot and what is it for? For the less accustomed to modding, it's about a particular modality useful for restoring the device via flashing ROM (and which obviously also acts as a recovery mode). Users Xiaomi more geeks know what we're talking about and will soon find themselves grappling with something new.

One of the last MIUI China Closed Beta introduces a graphical change not from poco for fans of Lei Jun's house and her mascot. In fact, so far the Fastboot screen has hosted a nice one MITU at work on an Android robot; it is a screen that has accompanied users from the beginning.

Well it seems that Xiaomi will change the interface design, introducing a minimal logo and no frills. This translates into a farewell to MITU: the brand's mascot will no longer be present on the Fastboot screen. However, it is good to underline that MITU will not be sidelined or at least there does not seem to be any clues regarding a definitive farewell to the mascot.

Almost certainly this change is just a way to give a greater impression of seriousness and professionalism on the part of Xiaomi. However, there will be other opportunities to see Me Bunny as a protagonist (as initiatives of various kinds e nice gadgets). To conclude, we point out that at the moment it is a change concerning only the Chinese MIUI Beta and that it is not known when it will arrive in our latitudes.

Probably speaking of a "twist" would be excessive, but the report that testifies to the return of MITU within MIUI has appeared. As you have read, within the past MIUI China Beta the mascot that appeared when accessing the Fastboot screen had been eliminated.

But with the arrival of the MIUI 13 China Beta, evidently Xiaomi has decided to retrace his steps and bring Mi Bunny back into its firmware. We remind you that MIUI 13 has started its roll-out, starting from China on the Xiaomi 12, 11 and Pad 5 series.