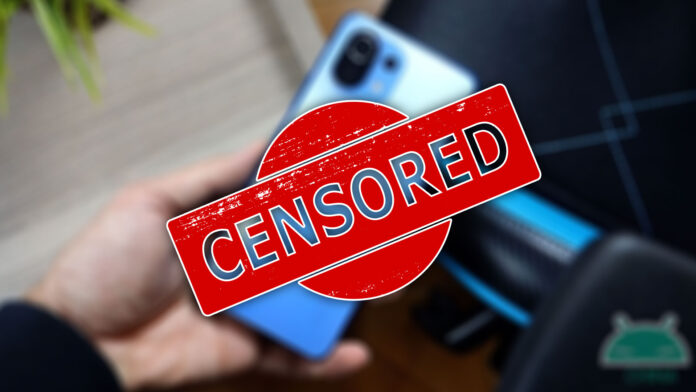 Do you remember last autumn when Lithuania brought charges against various Chinese companies, including Xiaomi, to do censorship on behalf of China? An accusation that caused much discussion, in a historical context in which the West looks with ever more suspicion at Chinese-style realities. This can be seen with the US ban against Huawei, the most striking example of how in the West there is a certain mistrust of companies apparently connected with the Chinese party. And perhaps it is no coincidence that Lithuania, an allied nation of the United States and which tends to support its geopolitical visions, is making these accusations against Xiaomi.

The accusation against some of the main Chinese smartphone manufacturers is serious enough. The one that made the most news is undoubtedly the alleged censorship behavior, complete with a containing "blacklist" unwelcome words and therefore to be removed. But it doesn't stop there: Lithuania also talked about tracking user behavior, logging onto Asian servers without their knowledge and sending sensitive information to China.

New testimonies arrive against the censorship accusations addressed to Xiaomi

All accusations, censorship and otherwise, which have been promptly disassembled, both from us and from various other realities who have decided to investigate more thoroughly the situation created around Xiaomi. So why do we go back to talking about it? Because after our in-depth analysis and that of other newspapers, the German authorities have also decided to do the same. Certainly an interesting point of view, as it comes from a part of the Western world and not exactly in line with Asian authoritarianisms. To be exact, it is the BSI (Bundesamt für Sicherheit in der Informationstechnik), which is the government agency for cybersecurity in Germany.

After carrying out its own investigation into the matter, the BSI said it would not having found any kind of censorship in Xiaomi smartphones. As stated by a spokesman for Reuters, the German state agency has been carrying out these investigations for months, without finding anything. "As a result, BSI was unable to identify any anomalies that would have required further investigation or other measures“, He then concluded.

Xiaomi releases a press release on the affair

To back up what was declared by BSI, Xiaomi wanted to release an official statement confirming what was found: "Xiaomi is pleased to announce that the results of the investigation conducted by the German Federal Office for Information Security (BSI), published yesterday, confirm our commitment to operate in a transparent, responsible and priority manner towards the privacy and security of our customers. It is a demonstration that we adhere to all European and national laws on privacy and data security, as well as all applicable European standards for devices. We appreciate the exchange with users, regulators and other stakeholders such as the BSI, as we are constantly striving to improve and innovate".

How to play Wordle in Italian, the puzzle of the moment