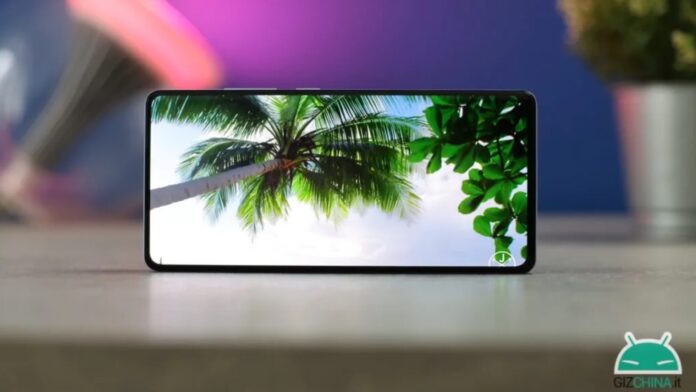 The launch of the MIX 4 brought the first smartphone of Xiaomi equipped with a camera under the display, an important step forward that paves the way for the panels of the future (free of clutter such as holes or notches). Apparently Lei Jun's company has not yet finished having its say and is currently working on the second generation of his Under Screen Camera.

Xiaomi thinks of a new flagship with camera under the display: the tests are underway

Indeed Xiaomi is working on the new version of the camera under il for several months already, probably in view of a launch scheduled for 2022. The company's efforts took half a decade, but it is likely that it will now be possible to proceed more quickly. According to the latest rumors reported by the Chinese media, the second generation should introduce some important improvements but the resolution of the display would continue to be Full HD + as in the case of MIX 4 (you have already taken a look at ours review?). Xiaomi would be testing a panel Huaxing Optoelectronics (a company that is part of the TCL group), a solution similar to the one already used on the current MIX, with the same resolution.

However, there would be an important improvement: it appears that the new camera under the screen is a unit above 20 MP used on board MIX 4. Xiaomi would have raised the bar, but for the moment there are no other details and it is not known the identity of the sensor used in the tests.

Obviously it is impossible not to expect improvements in self-portraits and it seems that this new solution can help bridge the gap between the sensors under the display and the classic ones. As for the pixel density, we will likely return to 400 PPI (even in the camera area). Previous rumors spoke of a display with resolution 2K and therefore we could dare a hypothesis. Recently there has been talk of the future MIX 5, who could also be accompanied by his older brother MIX 5 Pro; perhaps we will see a Full HD + base model and a higher QHD + model. However, we are waiting to find out more and we are curious to find out what 2022 has in store for us!