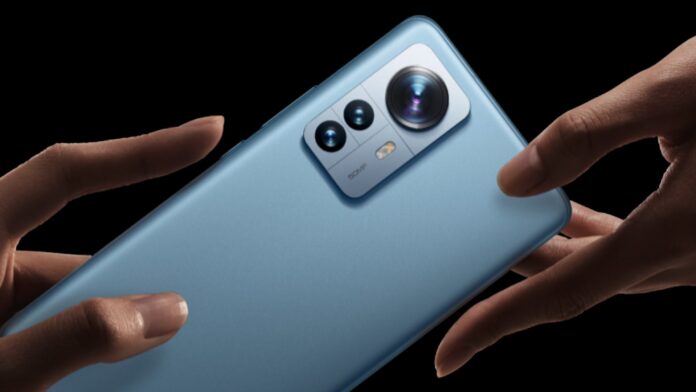 After welcoming the rather large Mi 11 family, now comes the official presentation of the new ones Xiaomi 12 e 12 Pro. Like every new generation, the top of the range of Lei Jun's company bring with them various innovations in terms of design and technological evolution. The 12 series is also made up of multiple models, but in this article we focus on those for the premium range. So let's see all the news for the technical data, price and availability of Xiaomi 12 and 12 Pro.

03 / 01 Update: we begin to talk about the Global debut of the new top of the range. Find all the news directly at the end of the article, in the new section dedicated to international variants.

Xiaomi 12 and 12 Pro official: everything we know

In both cases, the panel is an OLED HDR10 + but TCL CSOT for the base and Samsung E5 on the Pro: the latter has technology LTPO 2.0, being able to dynamically vary the refresh rate between 10/30/60/90/120 Hz to save battery. Also, the technology Micro-Lens it further reduces consumption by up to 9% by adding a special layer on the structure of the pixels that make up the panel.

They are screens a 12-bit with even greater color depth, ranging from 1,07 to 68,7 billion displayable colors with HDR and Dolby Vision content. The panel had an evaluation A+ by DisplayMate breaking 15 records for the first time. It is a high-level screen, with 16.000 levels of brightness, thus being able to offer a fine adjustment according to the surrounding environment, with a maximum peak of 1.100 nits.

Protected by Gorilla Glass Victus, they integrate an ID sensor in the display for biometric unlocking. There is no lack of certification IP68, for a shell available in 4 colors: black, blue, purple and green eco-leather.

Obviously Xiaomi 12 and 12 Pro are part of the first wave of Qualcomm's top range, therefore seasoned with Snapdragon 8 Gen1. It is the first 4nm chip to debut on the market, with an octa-core ARMv9 CPU up to 3 GHz and an Adreno GPU that is 30% more powerful than the last generation. Side memories we have 8 / 12 GB of RAM LPDDR5 e 128 / 256 GB of non-expandable UFS 3.1 storage. The dissipation system has been improved, with a vapor chamber (2.600 mm² on 12, 2.900 mm² on 12 Pro) to keep temperatures at bay. Connectivity includes 5G dual SIM support, Wi-Fi 6E, Bluetooth 5.2, Dual-Frequency GPS and IR sensor.

On Xiaomi 12 there is a battery from 4500 mAh with quick charge a 67W, as well as in wireless format a 50W also in reverse mode up to 10W. On the Pro there is instead a similar one 4.600 mAh but with fast reload support a 120W. In this round, the peculiarity is the chip Surge P1, for which it took 18 months of work and an investment of 14 million. If the first Surge S1 was an actual System-on-a-chip and the Surge C1 was dedicated to the camera, this P1 is meant solely for the battery. Although there is 120W charging on the Pro, the battery is single-cell, therefore charging times are shortened (it takes 18 minutes to go from 0% to 100%) and the battery is lighter.

In the multimedia field, Xiaomi 12 also sports a renewed audio sector with symmetrical stereo speakers, co-engineered with Harman Kardon and with Hi-Res and Dolby Atmos support. The difference is that they are 2 speakers on the base model and 4 on the Pro model. It goes without saying that the mini-jack input is missing. Speaking of software, all three smartphones come with pre-installed Android 12 but above all the MIUI 13.

Both optically stabilized, on Xiaomi 12 the primary is the Sony IMX766, the same seen on OPPO Find X3 Pro, OnePlus 9RT, vivo X70 Pro and Honor Magic 3 Pro. Sony IMX707, that is an improved version of the Sony IMX700 seen on Huawei P40 and Mate 40. This new sensor allows you to take pictures with 49% more light thanks to the RGGB matrix and Pixel Binning.

The 12 Pro's sensor is larger (1 / 1,56 "vs 1 / 1,28"), but both 12 and 12 Pro have smaller sensors than the 11 and 11 Pro (1 / 1,33 "and 1 / 1,12 ″). It remains to be seen how these differences will make themselves felt in practice. We know that to affect the quality of photos and videos there are many parameters, both software and hardware. Just think of iPhone 13 Pro, one of the best camera phones on the square but with sensors that are not among the largest in circulation, quite the contrary.

The configuration of the secondary sensors also changes: up Xiaomi 12 we have a wide-angle lens from 123 ° and a telemacro for close-up shots up to 3-7cm. On Xiaomi 12 Proinstead, instead of the telemacro there is a telephoto (not periscopial) with optical zoom 2x. There is also the possibility of recording videos up to 8K at 24 fps or 4K at 30 fps, as well as Slow Motion up to 1.920 fps.

Speaking of photographic news, Xiaomi introduces the new system "Image Brain“, With which to improve the overall performance of the camera. The app is faster to open by 21,2% and shoots faster than + 53,7%, in the dark by + 39,9% and up to + 209% in continuous shooting. Do you remember CyberDog, the robotic dog presented by Xiaomi a few months ago? What if I told you that one of the novelties of Xiaomi 12 derives from that robot? I am referring to technology CyberFocus, which makes the camera able to recognize the presence of people in the frame and automatically keep them in focus, preventing the autofocus from losing focus on their faces.

Xiaomi 12 and 12 Pro will be available for purchase in China at the following prices:

Want Xiaomi 12 and 12 Pro? You discover where to buy the new top of the range of the Chinese brand!

A few days after the official launch in China, we are finally starting to talk about Xiaomi 12 e 12 Pro Global. Insider Mukul Sharma, a name we are used to hearing often in the tech sector, has revealed that the new international top-of-the-range will roll out of China towards the end of February or at mostbeginning of March. A "precise" but fairly predictable time window: what is missing is the precise presentation date, currently still shrouded in mystery. According to what was revealed, primarily there would be the Global launch in Europe and then - poco after - the one for the Indian market.

Meanwhile there is also talk of Xiaomi 12 Ultra, this time through the Chinese leaker DigitalChatStation. Strangely, a lot has passed since the latest, focused rumors on the possible design of the device. The latter should arrive in partnership with Leica, even if - of course - it's just rumors. Now the Chinese insider increases the dose and says that the super flagship could be launched in China a February (mid or end of month). The Global debut would also be expected, but only later.