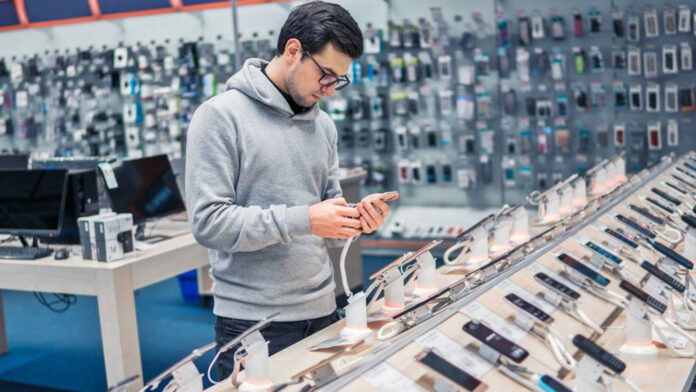 It is from 2017 that the smartphone market not only is it stagnant, but it is steadily declining, not just locally but globally. And this is also good, in some ways: today it is no longer necessary to change your phone as frequently as it was years ago. Also for this reason, manufacturers are trying to change the paradigm with the advent of folding smartphones. But it will take some time for these to become a consistent market trend, if they ever do. Until then, Counterpoint Research's sales figures are interested in understanding how this negative trend has changed in recent years.

The smartphone market is recovering from the fall of 2020

According to Counterpoint senior analyst Harmeet Singh Walia, the + 4% growth in 2021 is largely attributable to sales in the US, South America and India. In the United States, it was Apple that led the sector, starting with the commercial success of the iPhone 12 and continuing with the best-selling iPhone 13. In India, then, many users have replaced their smartphones, even with medium / high-end models perhaps.

Se Apple recorded a growth of + 16 %, fared worse at Samsung with its + 6 %. Growth recorded mainly due to the demand for the A and M series models, suffering from competition from Apple in the high-end and from Chinese brands in markets such as India and South America. But if among the top of the range iPhone is the one to have the better, Samsung can count on a proposal of folding currently unmatched, at least in the West.

The trend of Xiaomi, the only company that has continued to grow since 2016 and that also went positive in 2020 (together with Apple). Last year Lei Jun's brand reached a record of 190 million units shipped for a growth of + 31 %, with sales mainly in India, China, South East Asia and Europe.

A went well too OPPO (whose data also includes OnePlus) is vivo, respectively increased by + 28 % e + 21 %. The geographical areas where OPPO pushed the most were Europe, the Middle East, Africa and South East Asia. Meanwhile, the growth of vivo is to be attributed to its expansion of the offline catalog in the countries where it goes the most, mainly in China.

Speaking of which, if we restrict the magnifying glass to just China, the situation is less rosy than in other markets. The nation has suffered perhaps most of all there shortage of components and chip crisis, as well as the lengthening of the smartphone replacement cycle. According to data published by Canalys, smartphone sales in China in the 2021 they recorded a miserable + 1 %, for a total of 332,9 million units sold. Numbers that, when compared with those of 2019, mean a drop of over -10%.

Adding up all the monthly payments, vivo e OPPO they sit in first place with the 21% of the Chinese market. Immediately behind we have Xiaomi ed Apple, also both of them al 15%, while in fifth position he closes Honor with the 12%.