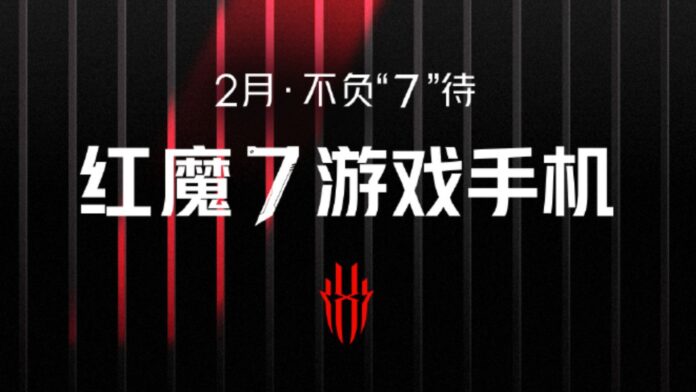 We are still enjoying the model 6S Pro but we are already starting to talk about Red Magic 7 e 7 Pro, next top of the gaming range of Nubia: in this article we will collect all the rumors (and any confirmations) regarding the technical specifications, the sale price and the release date.

Upgrade 20 / 01: Red Magic 7 is the protagonist of the first teaser, which confirms the release period. Find all the details directly at the end of the article.

Red Magic 7 and 7 Pro: what awaits us from Nubia's next gaming flagship?

The main unknown factor concerning Red Magic 7 e 7 Pro is represented by design but luckily TENAA comes to our rescue. The Chinese certification body added the first images of the standard model, showing us what the gaming flagship will look like.

As expected, we have the return of a super aggressive look and futuristic, with a glass and aluminum body that winks at gaming. Below is an image that puts a comparison the previous 6S Pro with the new model arriving: the general style remains unchanged while it is possible to notice some tricks and the air intake moved to the right side of the rear panel. Furthermore, there is a large space between the triple camera and the LED flash but also when lighting the area, everything remains invisible (so, for now we don't know if there will be a fourth module).

For the display, we will probably see the return of an AMOLED panel around the 6.8 " maybe with different resolution according to the model (Full HD + and QHD +); given the previous it is impossible not to expect a refresh rate up to 165 Hz, with 720 Hz touch sampling.

We know that Red Magic 7 has been certified by TENAA with the initials NX679, an important clue to any documents and benchmarks. In fact, the device recently appeared on Geekbench confirming what we already take for granted: Nubia's gaming flagship will be powered by Snapdragon 8 Gen1, Qualcomm's latest top chipset.

Red Magic 7 will be among the first to have the high-end chipset on board but obviously it won't be the first ever since we have already had several launches, including Xiaomi 12 and 12 Pro. The benchmarks show the presence of ben 18 GB di RAM while other rumors report cuts from 8/12/16 GB of RAM and up to 512 GB of storage.

Looking at the battery, we find that the standard model of the series could have a capacity of 5.000 mAh and a refill from 120W, unlike previous models where only the Pro model was equipped with it. And the new Red Magic 7 Pro could surprise everyone: in a new certification, a top-up refill appears 165W, the most powerful currently on the market. To find out more, we leave you thededicated article.

Moving on to the photographic sector, we expect a leap forward with one quad camera (maybe always with a 64 MP main sensor). For now it is only a hypothesis but as soon as there will be news on the camera we will update this article with all the details.

After the various initial rumors and hypotheses, the Chinese company has published the first teaser dedicated to Red Magic 7, in which it confirms the exit period. The top of the range will arrive in the course of the month of February but a precise date is still missing. Taking into account the Chinese New Year it is plausible that the debut is set for the second half of February. Regarding the price of Red Magic 7 and older brother Banco Pro for now there are no details and we can not help but hope that the new tops are not protagonists of price increases (the current generation has been launched at 599 / 699 €).