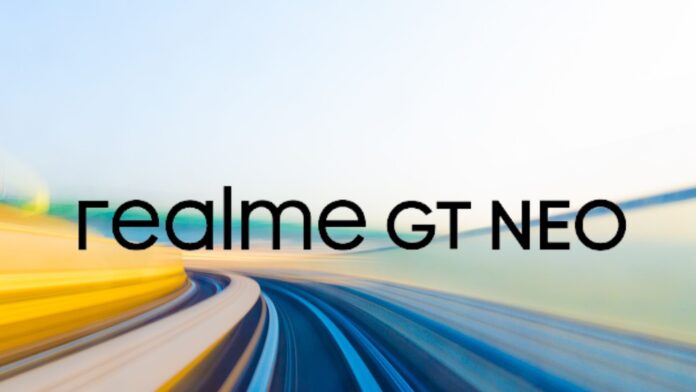 Realme GT 2 and 2 Pro were among the first top range of the new generation, presenting themselves with a respectable configuration. But now it seems time to start thinking about the next one Realme GT Neo 3, which on the web is starting to take shape between various leaks that mainly report the technical specifications.

Realme GT Neo 3: what do we know about the next top-mid range?

What the next would look like Realme GT Neo 3? Unfortunately, the design still cannot be unbalanced, but we can assume it follows a bit the trend of the GT 2 series, therefore with a camera bumper composed of two larger sensors and a smaller one in the center slightly shifted.

For the display instead, if we could already draw some clues from the leak of Digital Chat Station, which spoke of a Realme GT Neo 3 with Full HD + screen and refresh rate a 120 Hz, from the new leak of Bald Panda we learn that it will be a panel from 6.62 ″ AMOLED E4, therefore of high quality. To this we can combine other indiscretions, always from the same leakers, who continue to confirm the Dimensity 8000 as a chipset, of which we had already spoken, with the addition of 8 / 12 GB RAM e 128 / 256 GB of storage. To this we can then add a potential battery from 5.000 mAh with recharge a 65W, like its predecessors.

And for the camera side? Here we learn the juiciest news, if we can say so. It starts from the main sensor of 50 MP with 1 / 1.5 ″ and OIS, which should be traced back to the OmniVision OV50A, the same as Huawei P50 and Motorola Edge X30, but from the Bald Panda leak we learn that in reality it would be theIMX766, now known sensor of many flagships. In short, however it goes, it will be a thick camera.

In addition, there would be another 50 MP sensor attributable, sifting through the comments, to Samsung JN1, for the wide angle. Then there would be a third 2 MP sensor, to be understood whether for macro or depth. For the selfie camera then, there would remain a sensor from 16 MP.

Here, too, Digital Chat Station went unbalanced by saying that the smartphone will remain in the price range between 2.000 and 3.000 yuan, which at the exchange means in a range between 250 and €400, in full frame for Realme GT Neo 3. For the release date, the leaker talks about a presentation after the Spring Festival, so a mid-February 2022.