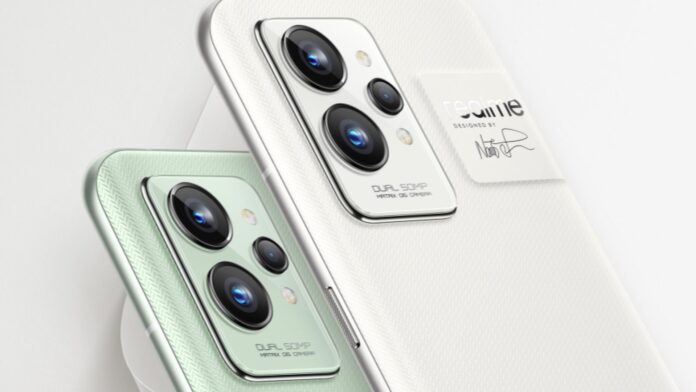 Realme's 2021 has been studded with a large number of models of what is the top range of the brand, namely the GT series. After the first GT, Gt neo, Neo Flash, GT master, Master Explorer, GT Neo 2 e Neo 2T, finally we enter the heart of the future of the series. The company opened 2022 with new ones Realme GT 2 and GT 2 Pro, two flagships that bring various news: let's find out all the details on technical specifications, price and market release.

Realme GT 2 Pro: everything we know so far

In terms of style and design, the new top of the range from Realme offer several novelties. In both cases we have a punch hole panel on the top left, but everything changes with the back. Be Realme GT2 Pro and Realme GT2 are available in version Master Design, special variant co-created with the designer Naoto Fukasawa. The official images they made us appreciate its technology Paper Tech, an eco-sustainable choice as the shell is made of bio-polymers in collaboration with SABIC. These materials include organic compounds derived from nature, namely fallen leaves and paper pulp. An element, that of paper, which is also taken up by the texture of the shell itself, whose roughness is partly reminiscent of that of drawing sheets. In short, a completely "green" novelty that translates into a very particular back cover (which certainly will find the appreciation of users looking for a unique terminal of its kind).

For Realme GT2, the screen is instead a unit always AMOLED at 120 Hz but from 6,62 "Full HD + (2400 x 1080 pixels). In addition, to protect the panel we find a Gorilla Glass 5 glass. In both cases, we are talking about screens with a flat profile and very thin frames.

Realme confirmed that the ID sensor in the screen that we will find on GT 2 Pro does not have the only function of biometric scanning. The sensor can also be used as heart rate monitor, being able to measure heartbeats by placing the fingertip on it.

With regard to the technical sector of Realme GT2 "Standard" we pass instead to Snapdragon 888, a solution that we already know very well. For the memories we have 8/12 GB of LPDDR5 RAM and 128/256 GB of UFS 3.1 storage.

For charging, we unfortunately don't have the 125W super charge. Both Realme GT 2 Pro and its younger brother offer a large 5.000 mAh, with support for quick charging from 65W (from 0 to 100% in just 33 minutes).

Inside the Realme GT 2 Pro there is also a new dissipation system, an improved version of the one featured on GT Neo 2. The heat will be dissipated through a 4.129mm² wide vapor chamber, crossing various dissipative layers for a total of 36.761mm² of useful surface.

Another strong point of Realme's flagship range is connectivity. As announced by the brand itself, GT 2 Pro is equipped with the first switching technology with HyperSmart antenna for the mobile market. This means much more stable and enhanced connections. To this is added a system NFC totally renovated, with coverage a 360° and with Tap & Go functionality.

On the software side the two models come with Android 12 at launch, in the form of the new proprietary interface Realme UI 3.0. In support of gaming there will be the renewal GT Mode 3.0 with which to unleash the full power of your smartphone and have additional features. There are also stereo speakers, GPS Dual Frequency, NFC, Wi-Fi 6 and Bluetooth 5.2.

The photographic sector of Realme GT 2 Pro is based on a main module consisting of three sensors with a configuration from 50 (OIS) + 50 + 2 MP. The main sensor is a Sony IMX766 main, accompanied by a wide angle from 150 ° (the widest currently on the market) and an additional lens. In this case it is a GC02M1B micro-lens with the function of microscope, a solution similar to what we saw on board OPPO FIND X3 PRO: in practice it is possible to take super-magnified images (up to 40 times, from a distance of 4.7 mm) and discover objects and materials from a whole new point of view. Moving on to the selfie camera, we have a sensor from 32 MP (IMX615), with FOV 80.6 ° and aperture f / 2.4.

There has been much talk of a possible Realme GT 2 Pro Camera, special version characterized by a rather protruding and generous photographic module, whose shapes recall those of the old Nexus 6P. Despite the rumors and renders, no details arrived during the launch event (and even its existence is in doubt).

For the Global market, the smartphone should exceed the $800, as confirmed by the brand on some previous occasions (but it remains to be seen what the final price will be). There is no international release date yet, so we look forward to more news!