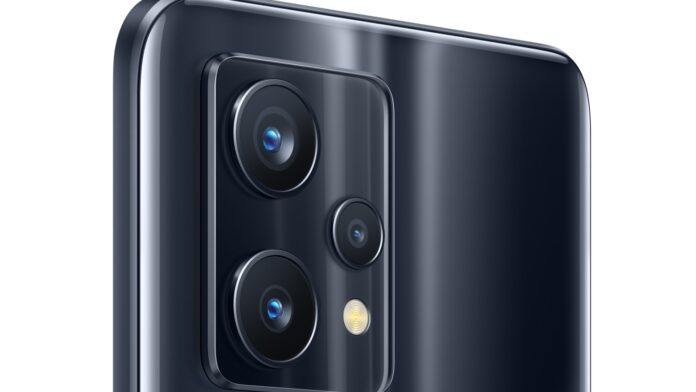 The presentation of Realm 9 e 9 Pro can only carry out the excellent work that the manufacturer is doing on the market. It is no coincidence that, in just 3 years, the OPPO sub-brand has managed to conquer the milestone of 100 million smartphones sold. A milestone already broken by other companies in the sector, but Realme can boast of having been the youngest company to do so. Furthermore, in the shortest possible time, even beating Xiaomi and Apple as well as the same "mother" OPPO. Realme has invested a lot in the 8 series and therefore we expect it to do the same with its successors.

22 / 01 Update: an avalanche of details on the 9 Pro model are popping up. Find all the news on the specifications directly in the article.

Realme 9 Pro: Here's everything we know

The Realme 9 family will consist of several versions: in addition to the classics Realm 9 e 9 Pro, There will be also Realme 9 Pro + / Max. Meanwhile, the company has already launched Realme 9i, also available for us westerners. There are still some doubts about the base model while with regard to the older brothers 9 Pro and 9 Pro + we have a lot of details.

Thanks to the renderings that have appeared on the net, let's find out how it will be done Realme 9 Pro 5G. The pictures show us a Pro model close in the lines a Realme GT 2, as it shares a very similar camera bumper. The proposed colors would be three, namely Midnight Black, Aurora Green and Sunrise Blue.

According to the latest news, the screen will be a solution punch-hole with technology Super AMOLED. It would be a panel from 6,6 "Full HD + with refresh rate increased to 120 Hz, also to contrast what Xiaomi did with the Redmi Note 10 series, a density of 399 PPI and HDR10 support. All with a fingerprint reader under the display.

To these indications are added those for Realme 9 Pro +, which would present itself with a strangely smaller panel, 6.43 "Always Super AMOLED and refresh rate 120 Hz. Possible that a screen can be used Samsung E3 at this point, but there is no certainty. As for the design, it remains very similar to the Pro model, if not for some specific indications for the camera, absent instead for the aforementioned “middle” model.

The hardware issue is complex, because Realme 9 and 9 Pro could adopt both solutions Qualcomm and MediaTek. The previous 8 and 8 Pro models used the Snapdragon 720G in 4G, while Realme 8 5G the Dimensity 700. In short, we could have various incarnations.

Realme 9 Pro +, instead, we talked about the Snapdragon 870: if so, it would be the third smartphone of the brand with this chipset, later GT Neo 2 e GT Master Explorer. This however runs counter to the last rumor that wants a MediaTek Dimensity 920 and all in all, it's a more logical solution for the price range. Memories side, we learn that there will be a version from 8 / 256 GB.

In addition, from the official tweet of Realme's CMO India and Europe, we learn that the Realme 9 series will also be equipped with the now ubiquitous Dynamic RAM Expansion.

Then looking at the battery, for the moment we know that Realme 9 Pro 5G will have a unit from 5.000 mAh with recharge a 33W. For the model Pro +, on the other hand, there are rumors of fast charging from 65W, as it happened for Realme 7 Pro. In addition to all this, we learn not only that on the Pro model it will have a mini-jack input, but that it will also be equipped with Android 12 and Realme UI 3.0. The spec sheet for version 9 Pro talks about Android 11, so it remains to be seen what the system will be in debut.

The package - at least for the Pro - would include a Type-C input, a mini-jack for headphones, NFC, 5G Dual SIM support, Wi-Fi 6, Bluetooth 5.0.

As for the older brother Realme 9 Pro + there would be a main sensor from 50 MP, but for now we have no other details.

There is no official presentation date yet, but according to a new leak the month of February will be that of the presentation of the Realme 9 series. However, at least initially the launch of only some models could occur, while others would be added in the following months.

The price chapter of the Realme 9 series seemed to be able to undergo an unexpected turn, considering what emerged from Amazon Spain with the placeholders of the model 9 Pro 5G. Indeed, it seemed that for Europe there might be figures from €250 (6/128) and €475 (8/128) approximately for the "medium" model, but fortunately the Global CEO of the brand has finally clarified the price range.

In fact, Madhav Sheth stated that the series Realme 9 Pro e Pro + will start from a price range of approx €177 at the exchange rate (15.000 Indian rupees). Hence, it is easy to assume that the maximum model costs no more than €249, which would make us look down on the specs of the model as well Pro +.

How to save emails as PDF on Spark