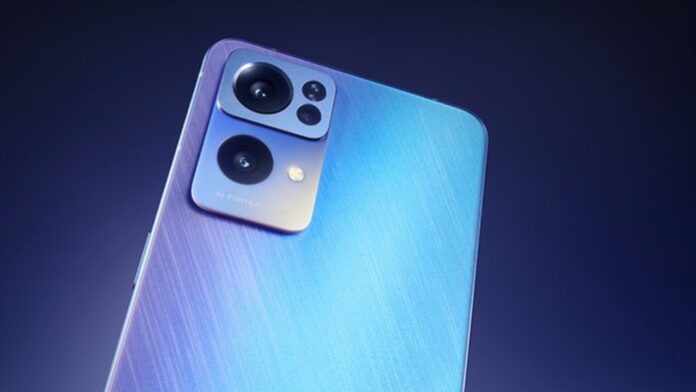 It's only been a few weeks since its debut in China of the Reno 7 series, but it is now only a matter of time before the international debut. We do not yet know if the range will arrive in Europe or will remain the prerogative of certain markets only (India in primis); Meanwhile OPPO Reno 7 and Reno 7 Pro Global they get closer and closer.

31 / 01 Update: the renderings of what should be OPPO Reno 7 outside of China emerge from a leak, launching new conditions also for Find X5 Lite. Find all the details in the article.

OPPO Reno 7 and 7 Pro Global: everything we know

Google's platform usually serves as a forerunner for the debut of a terminal (although there are always exceptions). In this case it is very likely that OPPO Reno 7 Pro, spotted on Google Play Sideboard, both in the home straight away from China and it is plausible that there is not much missing from the debut. For the moment we don't have an official confirmation yet; as far as Google certification is concerned, the device appears with Android 11 and 12 GB of RAM.

The new OPPO Reno 7 Pro is the largest model of the series: equipped with a panel AMOLED da 6.55 "Full HD + a 90 Hz and a chipset Dimensity 1200-Max, the device arrives with a totally renewed look compared to the previous generation. The battery is a 4.500 mAh unit with charging from 65W while the photographic sector is based on a triple sensor from 50 + 8 + 2 MP.

After a few days, some organizations then began to certify the basic model of the series Reno 7, which then follows the Pro model already appeared on the Google Play Console. For sure, as we can read, the model CPH2371 it is a 5G device and seemed to arrive unchanged even outside of China. Instead, OPPO has decided on the way of the "rebrand".

Why do we say this? From a leak we learned what should be the renders of the basic Reno, which the most attentive will have recognized similar to Renault 7SE Chinese, but with some tricks in the battery (65W for charging) and the camera (64 MP instead of 48 MP and the selfie rises to 32 MP). Could the Find X5 Lite be the same? We will understand this in some time.

Fewer and fewer days separate us from the landing outside China of the new series. OPPO confirmed the official presentation date of Reno 7 e Reno 7 Pro Global: the new models will arrive in India next February 4 2022. In short, the new models in the range are finally preparing to leave the homeland even if for now we are only talking about the debut for the Indian market and it is not known whether they will also arrive in other countries (and above all, in our latitudes).

As for the price, from a leak we learn that OPPO Reno 7 will cost about outside China 373€ (31.490 rupees), which could also be indicative as regards Find x5 lite. In fact, the base model of the next Find X range should be a sort of rebrand for this model, so we can expect a similar price for this version too, which will surely come to us.

Waiting for the international debut of the Reno 7 series, we send you back to our dedicated study to the range, with all the details on specifications and prices.

iQOO Neo 7 in style: a MediaTek super chip is ready