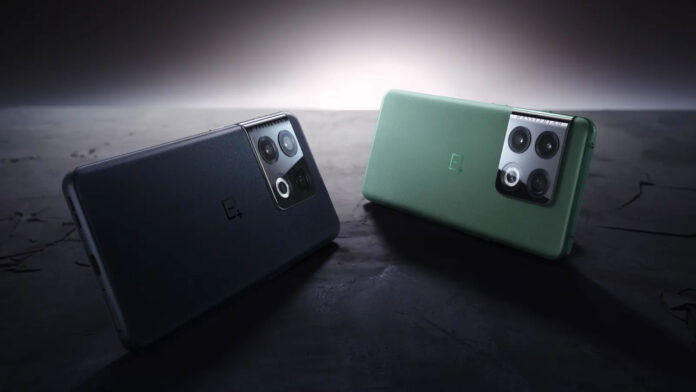 With the launch of the 10 series we are witnessing the umpteenth evolution at OnePlus, whose next chapter could be called OnePlus 10Ultra. We went from having a single top of the range in its early years to having more than one: first with the birth of the T series, then with the Pro models, finally with the R series. Meanwhile, competitors such as Xiaomi and Samsung have in turn diversified the proposal in the high range. Both manufacturers have created an Ultra version of their top of the range, as the futures demonstrate Samsung Galaxy S22 Ultra e Xiaomi 12Ultra. Not to mention other top exponents, like Moto Edge 30 Ultra, ZTE Axon 30 Ultra e Redmi K30 Ultra. Once "Pro" was the way to make consumers understand that this was the flagship model. But apparently it is no longer enough, between Pro, Pro +, Ultra variants and so on.

Upgrade 27 / 01: new rumors confuse the waters on the actual name of the next top of the range OnePlus. Find all the details at the end of the article.

OnePlus 10 Ultra would be in the works: here's what to expect

Consequently, the existence of a OnePlus 10 Ultra doesn't seem all that remote, especially if there are insiders to support this hypothesis. The leaker in question is Yogesh Brar, whose tweets have already released OnePlus-themed previews, such as the fact that the OnePlus 10 base model would be presented later. As he states, there are rumors that this Ultra it would already be in the EVT stage, an acronym that stands for Engineering Verification Testing. In a nutshell, the smartphone would be in the testing phase that would precede the completion for marketing.

In the meantime, the leaker Yogesh lets us know that the merger between OnePlus and OPPO would continue to bear fruit also in terms of hardware. We know that OPPO FIND X5 PRO will be the first to have a proprietary chip MariSilicon and now we discover that this chip will find space on the top of the OnePlus range of the second half of 2022. An indiscretion that there was already been anticipated from the leaker Digital Chat Station: it remains to understand what this OnePlus smartphone will be. May it be OnePlus 10T? In the meantime, let's not forget that there are other smartphones on the horizon too, such as One Plus 10R.

If the rumors around OnePlus 10, 10R and 10T weren't enough, there are those who say that the next top of the range of the brand can be called OnePlus 10 Pro +. The indiscretion comes from the Weibo account of DigitalChatStation, an always very prolific leaker when it comes to revelations on future news in the smartphone world. In one of his latest posts, he states that the OnePlus 10 Pro + should have joined the Pro model, but ended up being postponed instead. At this point, the smartphone could switch from the Snapdragon 8 Gen 1 phase to the Qualcomm SM8475. It is not yet known whether this codename will be entrusted to the Snapdragon 8 Gen 1+ or to the subsequent Gen 2. In any case, OnePlus 10 Pro + would be equipped with the chip to which Qualcomm is working to solve problems of Gen 1.