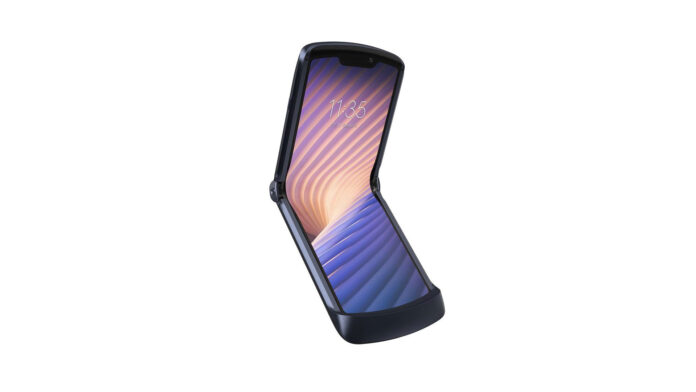 The world of foldable smartphones is expanding: 2022 will see the arrival of new models, including Moto RAZR 3. Perhaps his name will not be this, but what is certain is that Lenovo is willing to revive his flip phone. To all intents and purposes, it was the Motorola brand that brought this form factor back into vogue, thanks to the legacy of the historic model of the 2000s. Since then, other companies have also done the same: mainly Samsung, which with the Z Flip line has conquered one large slice of the market in the folding segment. More recently, Huawei has also done the same, presenting a P50 Pocket which promises to be technically very competitive.

Upgrade 11 / 01: a new leak reveals what the Motorola RAZR 3 specifications would be. You can find them at the end of the article.

Lenovo confirms: a new Moto RAZR 3 is on the horizon

Despite being the first to introduce Moto RAZR in 2019, it has been more than a year since the launch of thelatest 5G model. Since then, Motorola has focused on traditional smartphones, such as the top of the range Moto edge x30 ed Edge S30 or the refresh of the Moto G series. But what seemed like an uninspiring sales-side experiment is about to be replicated.

The confirmation comes from Chen Jin himself, general manager of Lenovo Mobile: a new third generation model is coming, namely Moto RAZR 3. The news comes complete with a teaser image, in which it is revealed that the flip phone will have a improved opening and closing mechanism. We talk about "Star Orbit Hinge" technology, of which, however, we do not yet know the specifics. It is still too early to say for sure, but in the image the internal design of the previous generations seems to be confirmed, therefore with a rather pronounced "chin". Lenovo also talks about improved chipset, better human / machine interaction, and more fulfilling aesthetics.

The XDA team has come into possession of information that would reveal what the key specifications of the Moto RAZR 3 would be. Unlike the previous models, the new exponent would be a real top of the range. This means the presumed presence of the Snapdragon 8 Gen1 and not chips like the Snapdragon 765G and 710 like its predecessors. Memory cuts would include 6 / 8 / 12 GB of RAM and 128 / 256 / 512 GB storage. In addition, its connectivity compartment would include support UWB, thus being able to communicate with compatible devices more precisely.

We still don't know which diagonal it should have, but according to XDA the central display AMOLED Full HD with refresh rate a 120 Hz. It is also emphasized how the design will be better, without too bulky notches. The information ends here, specifying that Moto RAZR 3 will also be launched in Europe, as well as in China and the USA.

CHUWI HiPad X touches the best price ever: the tablet ...