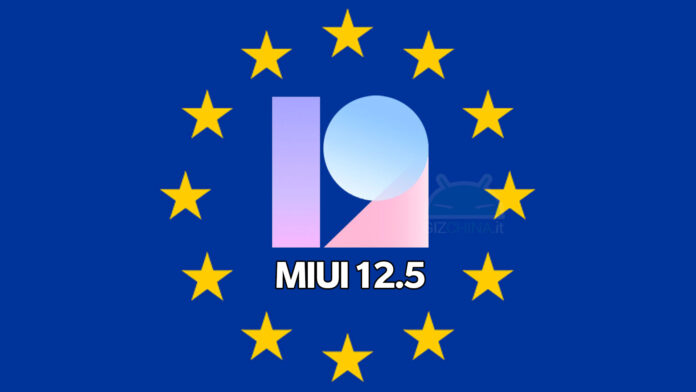 La MIUI 12.5 Stable is starting to spread on the first Xiaomi models, also thanks to the existence of ROMs Xiaomi.eu. Announced at the end of 2020, the new declination of the Xiaomi UI is expected by many and for different reasons. Primarily due to the presence of numerous innovations, despite being an intermediate version in view of the future MIUI 13 (among other things, we are already talking about MIUI 12.6). But also because the first who have had the opportunity to test it speak of the resolution of various bugs that afflict a MIUI 12 not too lucky in terms of stability. After an initial phase of Beta Testing, the MIUI 12.5 Stable ROMs are starting to spread, although only in China. Precisely for this reason, the Xiaomi.eu team has well thought of creating a port designed for us Westerners.

Do you want to try the MIUI 12.5 Stable first of all? You can do this thanks to Xiaomi.eu

Let's assume that, to date, the MIUI 12.5 Stable ROMs that you find at the download at the end of the article are the porting of those issued in China. I say this because at the moment the only ROMs in circulation are in Stable Beta format, therefore not the 100% definitive ones. Everything starts from the ROMs MIUI 12.5 Beta: once the testing phase is over, the final ROM is technically ready to go public, that is MIUI 12.5 Stable. This ROM is first released to those who are part of the Beta Testing program, in the form of a Stable Beta. If no bugs worthy of attention are found, then the same ROM is released to the general public.

The guys from the Xiaomi.eu team took these ROMs and made a European port of them, making various changes and additions. First of all by adding the Italian language and Google services, normally absent on Chinese ROMs. But also by removing all that useless bloatware for us Westerners and carrying out various optimizations for our territory. In the list below there are both the models for which a ROM is already available, and those for which it is expected to be released in the coming months. When they arrive, we will add them.

How to install MIUI 12.5 from Xiaomi.eu

Although they are a port of the official ROMs, the Xiaomi.eu ROMs are in effect third-party ROMs. Therefore their installation requires modding operations, starting from unlocking the bootloader and then proceeding with the installation via TWRP custom recovery (the root is not mandatory, however).

Once these two steps have been performed, here's how to proceed:

Xiaomi 12 Pro review: a few steps from the CONSECRATION