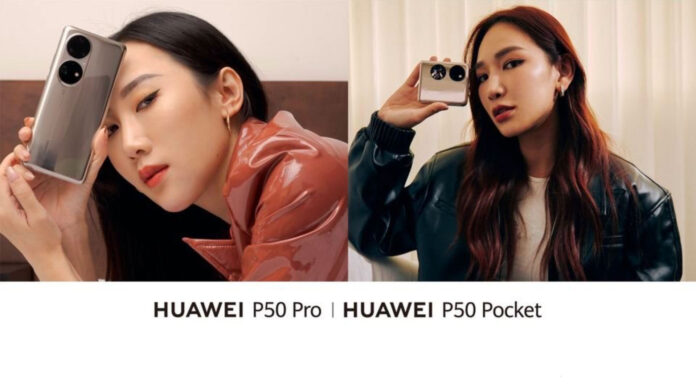 Introduce yourself in the middle of summer, Huawei P50 e P50 Pro they quickly disappeared from the radar of the Western media and for quite a while there was no talk of a possible version Global. Unlike in the past, in this round the Huawei flagships were unveiled only for the Asian market, due to the limitations imposed by the USA ban. Also for this reason, the top of the range were presented only in the 4G variants, a setback not from poco for a company that has always boasted its 5G-themed innovations. It is not known when (and if, at this point) the variants with the latest generation connectivity will be presented, but finally we are starting to talk about the international debut.

11 / 01 Update: Huawei P50 Pro and P50 Pocket Global have a presentation date in Europe, some time after their launch in China. Find all the details at the end of the article.

In fact, the finger has been pointed towards the 21 October as an X date for the presentation of the long-awaited family Huawei P50 Global. This is because the company organized a western event for that date in the city of Vienna. Leading the keynote will be Derek Yu, president of Huawei's European division. However, the event brought many innovations (such as the terminal Nova 9 and wearables Watch GT 3 e Watch Fit Mini), but not even the shadow of the P50 series models.

Furthermore, in this period we also have another big absentee: we are usually used to insuring autumn for the Huawei Mate family, but we know that for Mate 50 we will talk about it again during the 2022. No longer able to compete on the same level as rivals in the smartphone market, Huawei has decided to restrict the number of top-of-the-range products launched annually. Also for this reason, the Huawei P60 series should see the light not before 2023, although the ban situation could improve (if not worse).

But now the spotlight is on Huawei P50 Global and on a question: When it will arrive the flagship in an international version? According to what was reported by the colleagues of TechRadar, during a briefing dedicated to Nova 9, the Chinese company would have officially confirmed the arrival of its range of top smartphones for the international market. However, it seems that the debut will slip directly to the 2022; there is a lack of details on the precise period and above all on the reference markets.

There are no certainties, but Huawei P50 and P50 Pro Global are likely to arrive in Europe: however for a date we will still have to be patient. Finally, we point out that for now there is no official announcement from Huawei, so it is good to take everything with due precautions, waiting for the Chinese house to decide to strike a blow.

Huawei P50 Pro Global, something is moving: check on the store in Malaysia | Update 10/12

Small steps towards the Global release of the 2021 Huawei top range. Indeed, from the company's Malaysian website, we have the appearance of P50 Pro for the first time outside of China, with many chances that the launch is not far off. Of course, it is still an Asian distribution, but the hopes for an international release of the device were not very many for these months, so it is a good sign.

After seeing the possible prices for Europe di Huawei P50 Pro e P50 Pocket, the presentation date for the two Global versions is now officially checked. The German division confirmed the debut in Germany for the January 26 2022: during the launch event both the latest top in Pro version and the folding clamshell of the Chinese brand. For the moment it is not known when the marketing of the flagships will begin.

For now we are only talking about Germany and we do not know precisely which other markets will receive the two smartphones. However, this is an important step for Huawei, with the debut of two highly respected terminals, which aim for maximum power. Obviously we do not expect the presence of Google services, but the now consolidated HMS from Huawei.