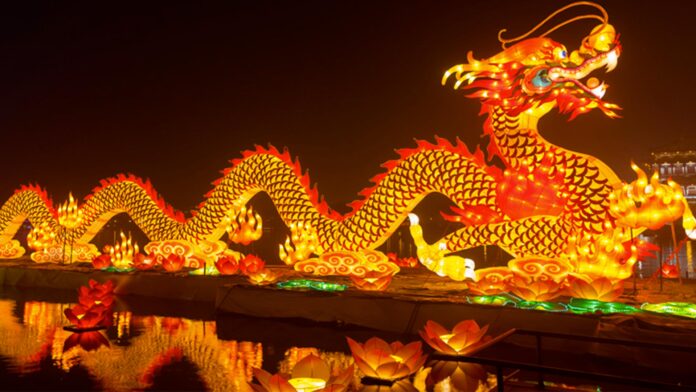 For those who are passionate about a country like the China, can not not know how important the traditional holidays of the Asian sub-continent. Among the most important, the one most felt and awaited is undoubtedly the Chinese New Yearthe Spring Festival, which every year moves practically the entire "Chineseness”And in this article we explain what is that e what is celebrated e because it's important.

Chinese New Year (Spring Festival) 2022: what it is, what is celebrated and why it is important

To understand what is that il Chinese New Year, we must start from the etymology. Be Chinese New Year (Chunjie) that 农历 新年 (Nongli Xinnian) refer precisely to the fact that it coincides with the new moon (hence New Moon) after the winter solstice, or the beginning of Spring according to the Chinese. For this reason, the date is variable over a period of 29 days. So, we can have the Spring Festival between 21st January and 20 February of our calendar. This makes us understand that for China, the year begins exactly on that date and not like for us on January 1st. But what do you want to celebrate with this anniversary?

The Legend of Nian

According to mythology, in ancient times it is said he lived in the country a monster named Nian (whose character is the one used for "year"), which according to the legend he used to come out of his lair once every 12 months to eat human beings. The only way to escape him was to scare him with loud noises and red objects. For this reason, the Chinese over time have developed a strong predilection for fireworks, as well as an important use of red (a national color, after all). To celebrate this legend, the ritual of the Lion dance, which represents the monster.

The Chinese Calendar and its animal symbols

Another peculiar characteristic of the New Year is the beginning of a new astrological year (purely Chinese) symbolized by a specific animal. They are 12 and they are: Mouse, Ox (or Buffalo), Tiger, Rabbit, Dragon, Snake, Horse, Goat, Monkey, Rooster, Dog and Pig. They recur each 12 years. After the "wretched" year of the Rat, all hopes are turned to Chinese New Year 2022, year of Tigre, a symbol of prosperity in China.

The period of festivity for the Chinese New Year it's fine 2 settimane, but only some are actually considered public holidays, with closures of offices, schools and work activities. And this holiday is extended to many towns in the surrounding area China. In fact, in the Republic of China the first are holidays 3 days, as well as a Hong Kong e Macau, which however also observe an eve if it happens on Sunday. TO Taiwan instead, the first 5 days are holidays, while for Malaysia, Singapore, Philippines, Brunei, Indonesia e South Korea it is a holiday only on the first day. Finally, in Vietnam, two holidays and eve.

In these days, a family banquet is consumed on the evening of the eve and on the last day the beautiful "Lantern Festival“, During which families go out holding lit lanterns in their hands. The sense of New Year Chinese it is just staying in family, visit relatives and close friends. For this, the displacements of the Chunyun they are the most frequent of the year. People dress mainly in red, as well as adorn the houses and streets with characteristic objects and trinkets.

Among other things, once again entering the "mythology", great house cleaning is done to "chase away" evil spirits and bad luck. As for food, i ravioli are the protagonists of the party, with also the Nian gao, traditional rice cakes. The tradition of "Red envelopes"Who bring money to the youngest through coins, often in even numbers, avoiding 4 and multiples of 4 for good luck (see tetraphobia), except the number 8, a very lucky number for the Chinese tradition (so much so that Qualcomm has used the888 for the Snapdragon of the latest generation, in order to celebrate the large number of Chinese manufacturers to use it).

Chinese stores stop: that's when there is a stop

Being the most important holiday of the year, as already written above for the Chinese New Year 2022 even the Chinese online stores that sell in Italy, as Banggood e Geekbuying, they will observe some moments of closure. This will surely lead to some slowdowns in the shipment and in ., but in order not to find you unprepared, we leave you important information about it.