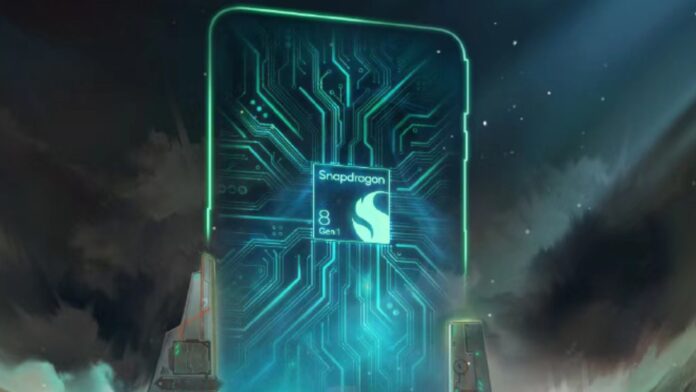 We are still enjoying the current Black Shark 4 (find ours here review) and in the past weeks there have also been rumors about an alleged one Lite variant. However, as we all know, Xiaomi always has the shot ready in the barrel and in fact here we are already talking about the future Black Shark 5, which may not be so far away: let's find out the first details of the next one flagship from gaming.

21 / 01 Update: the Black Shark 5 series is in the pipeline and is the protagonist of the first official teaser. Find all the details directly at the end of the article.

Black Shark 5: everything we know so far

Let's start by clarifying that there are no images or details on the design. We don't know what the camera layout will be and what the final design will be, but we are already talking about the various features.

According to the latest news Black Shark 5 he will have the same panel on his side AMOLED E4 da 6.67 ″ Full HD + seen on the current generation (probably for a matter of costs, since the E5 is reserved for flagships), with a refresh rate of 120 Hz. This would be a step back from the model 4S, equipped with a 144 Hz refresh rate. As for Black Shark 5 Pro rumors of a much larger panel, from 6.8 ", but with 2K + resolution. Touch sampling should stay a 720 Hz and we also expect a refresh rate of at least 144 Hz.

Another feature that we consider obvious - but which remains to be confirmed - is the presence of the "usual" physical triggers, retractable buttons baptized with the previous one 3 Pro. It is a perfect solution for mobile gaming lovers, who can have two physical buttons available if necessary, positioned along the right edge of the body and recalled via a switch.

If before it was a hypothesis, now it has been confirmed by the same company: the Black Shark 5 series will be among the first to use the Snapdragon 8 Gen1. The SoC is manufactured at 4 nm and contains a revamped octa-core CPU (1 x 3,0 GHz X2 + 3 x 2,5 GHz A710 + 4 x 1,8 GHz A510) and Adreno GPU. We should see the NVMe SSD-style Dual Disk Array 2.0 storage technology retained. However, Qualcomm's top solution would be reserved for its older brother Pro: the standard Black Shark 5 should have it on its side Snapdragon 888 +, similarly to the previous 4S (in fact it almost seems that it is a slightly improved rebrand of the latter).

Moving on to the battery it seems that there will be improvements: in fact we are talking about a double cell unit from 4.600 mAh (higher, albeit of poco to that of the 4S), with a renewal of the top-up a 120W. The Pro model should have a 5.000 mAh but always with 120W recharge.

But what could be even more interesting is what is expressed in a leak from Digital Chat Station. The insider explains that the dissipation system di could overcome any conception reached so far regarding mobile cooling, thus going into collision with the future Red Magic 7, perhaps going to be inspired by what has been done by OnePlus 10 Pro e iQOO 9 Pro, which do not fall into the gaming category.

Software side, Black Shark 5 could be equipped for the last time from MIUI, in version 13, customized by JoyUI 13. We say this because it seems that Tencent is buying Black Shark and therefore in the future there may be new software once the acquisition has taken place.

To get a complete picture we will necessarily have to wait for other indiscretions or official news. In the meantime, the Chinese house has confirmed the release period of the series Black Shark 5: the debut is scheduled for the month of February and in the official poster you can see the presence of trigger physical. Before it was a hypothesis but now we have confirmation: the new range will carry on the tradition!

Finally, there are still no rumors about the price, but as soon as we know more we will update this article with all the details.

How to block advertising tracking on your Xiaomi