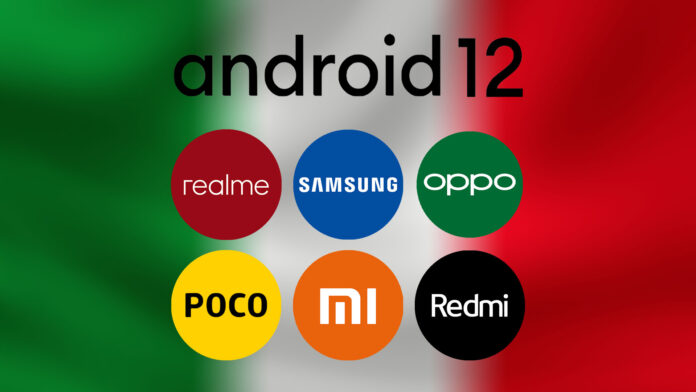 The long-standing dispute between Google and Apple also drags on with the last one Android 12, major update whose release times are not among the most timely. Google announced it in May 2021 and took it to the public in October 2021 with the Pixel 6, but only a January 2022 it is also gaining ground on other brands. Yes, because the open source nature of Android means that every manufacturer who uses it does the good and the bad when it comes to timing. The more the years pass, the more fortunately the diffusion of the latest version of Android becomes more widespread. However, it will still take time for Android smartphone owners to get it under their fingertips.

To take stock of the situation, I decided to take the main Android smartphone brands and see who is updating to Android 12 and how. If you are curious to know which brands are performing better or worse, there is an entire dedicated article which analyzes the entire mobile landscape. But in this round I decided to circumscribe the thing, analyzing exclusively the spread of Android 12 in Italy. Consequently, in the list you find below there are only the most popular brands in the beautiful country, that is Samsung, Xiaomi, OPPO and all the related sub-brands. You won't find OnePlus and Alive, yet poco widespread on our soil, as well as secondary brands such as Nokia, Motorola, Sony and so on. Also, I excluded the models that are not officially sold by us, as Android updates are not popular in Asia.

Which smartphone brand is updating the most to Android 12 in Italy?

Below you will find all the smartphone (and tablet) models Samsung, Xiaomi, Redmi, POCO, OPPO and Realme which are currently officially sold in Italy. If the word "Android 12" is in bold, it means that the update has also arrived in Italy.