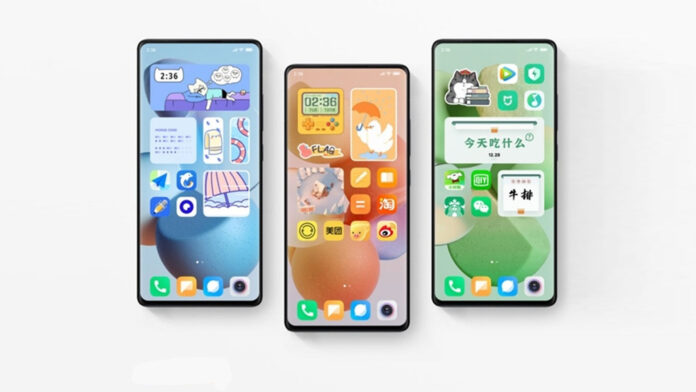 As I told you in the preview video, from now on we will discover what's new in the MIUI 13 which were not revealed to us during the presentation. Xiaomi has accustomed us like this: in the launch event the main innovations are illustrated, but then we learn about other minor changes applied to the UI. For example, you may not have known that there is one inside the new major update new customization option to make the graphical interface lighter.

Xiaomi introduces an option to lighten the MIUI 13 UI

As announced by Xiaomi itself, inside the MIUI 13 there is what is called the "No Word" mode. This is a new feature that adds to the already large list of options that Xiaomi users can use to customize their smartphone.

Simply put, this new modality is nothing more than the possibility of hide the name of the iconsresulting in a cleaner home screen. Especially for those who use the drawer and know the arrangement of the icons on the screen well, it could prove useful to have cleaner graphics. This possibility was already present but by cross roads, as I explained to you in this guide. With MIUI 13, however, just do a pinch-in, click on the button at the bottom right and activate the toggle "Don't show text“, As he shows us this video.

At the moment, the only way to try this novelty is to rely on the program MIUI 13 Beta. Alternatively, you will have to wait until the first months of 2022 for the update to arrive on your smartphone. I remind you that, in addition to the complete roadmap, Xiaomi has announced the first models that will receive the MIUI 13 Global. While you wait for yours to update, you can get a taste of it with the official backgrounds.