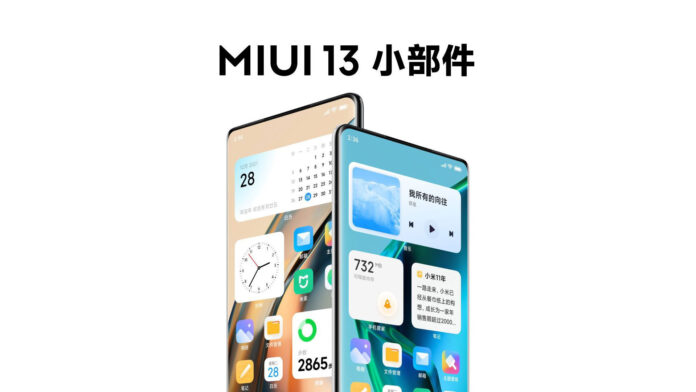 During today's presentation, Xiaomi 12 and 12 Pro they are not the only protagonists: the stage is also for the MIUI 13. Finally Xiaomi has unveiled what will be its new version of the interface that will move present and future smartphones. A major update that focuses in particular on two aspects: optimization, even more complete security and renewal of the aesthetics of the UI. So let's see what its news are and which smartphones will receive the update.

Xiaomi presents the new MIUI 13: here are all the news

Xiaomi has collaborated alongside Thiel Labs to improve the optimization of performance with the MIUI 13 update. Based on the data provided by the benchmarking platform Master Lu, the fluidity of the Xiaomi UI is superior to all rival UIs. Whether it's ColorOS, One UI or HarmonyOS, the MIUI 13 does best in the high, medium and low end. And even compared to MIUI 12.5, the new release performs better in terms of fluidity with a boost of up to + 23% with system apps and up to + 52% with third-party apps. According to the data provided by Xiaomi, even after 36 months of continuous use, the decline in performance is less than 5%.

Introduced with the MIUI 12.5 Enhanced, the Liquid Storage, Atomic Memory, Focus Calculation and Intelligent Balance technologies remain valid. If you are curious, I'll explain everything in this dedicated article.

For some version now, Xiaomi has focused a lot on offering high security on its MIUI. This is carried forward with the MIUI 13, in which three new safeguard features are introduced. The first is the face recognition protection: with the new MIUI, the camera will only frame the face, excluding everything around us.

The second is called Privacy Watermarking: Especially in China, you are very often asked to provide ID, for example to rent a house or verify your account. With this new feature, the user will be able to add a watermark to the photo to protect its privacy.

Finally, the third is called Electronic Fraud Protection and it is already quite explicit in the name. In order to avoid possible telephone or SMS fraud, MIUI 13 will inform the user that the call or message received is of a suspicious nature.

As anticipated by the previous Beta, the MIUI 13 introduces one new set of widgets for your own system apps. They come in various shapes, both rectangular and square to save space, and include features absent in versions of the previous MIUI. For example, widgets have been added to measure daily water and food consumption.

Which smartphones will update to MIUI 13

Xiaomi has announced that starting from the 29th December the program will start MIUI 13 Beta in the internal phase, to then pass into the public phase in mid-January. There MIUI 13 Stable it will be present by default on Xiaomi 12, 12 Pro and 12X, while the update for the other models will start from end of January. If you are curious to find out if and when your Xiaomi, Redmi and POCO will receive the update, I refer you to the dedicated article with the complete list.