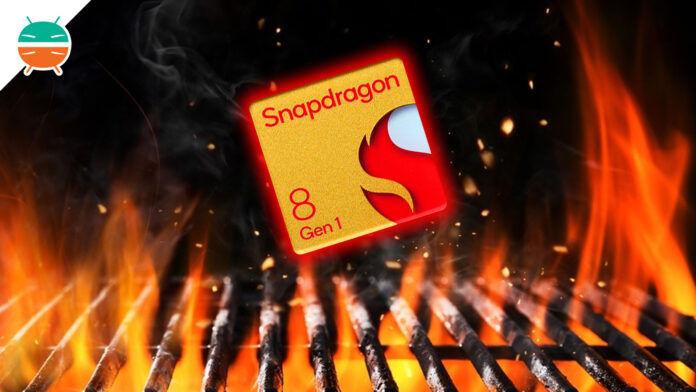 We are facing the new generation of semiconductors that will characterize the next wave of top of the range e Snapdragon 8 Gen1 is the first in line. Sure, MediaTek unveiled the Dimensity 9000 before Qualcomm, but it will take time before seeing it in action on a phone. On the contrary, the new SoC of the US chipmaker is already in circulation, thanks to the official presentation of Moto edge x30. And not only are we talking about the new exponent of Qualcomm's high-end range, but also and above all about the first mobile chip to boast a production process at 4 nm. A considerable advancement, especially when you think that this will be the chip that we will find on a multitude of phones. Not just the next Xiaomi 12, but also the series Samsung Galaxy S22, OnePlus 10, OPPO Find X4, Realme GT2 Pro, Article 9 e vivo X80. Not to mention all future gaming phones, like Red Magic 7, Black Shark 5, ROG Phone 6 and Lenovo Legion.

Early Snapdragon 8 Gen 1 benchmarks are promising but halfway there

The fact is that the first in the world to mount the Snapdragon 8 Gen 1 is precisely the aforementioned Moto edge x30. For the first time in many years, Motorola has gone all-in, burning the competition, bringing to the market the first choice for those who want to try the new Qualcomm SoC. The flagship should also come to us in the form of Moto Edge 30 Ultra, although there is no date yet and presumably we will have to wait a bit. On the contrary, in China it is currently on sale and there are those who have already had the opportunity to get their hands on it. There was a certain curiosity to put the Snapdragon 8 Gen 1 in comparison with the last generation chips, and not only in terms of performance.

As expected, the benchmarks remark the technical advancement of the Snapdragon 8 Gen 1, not so much in the CPU (however a bit more powerful) as in the graphic power of the Adreno GPU. This is especially noticeable in gaming tests with titles such as Geshin Impact and PUBG, where it is noted how the Qualcomm SoC is more stable in frame rate compared to Snapdragon 888+ and Kirin 9000. All this extra power, however, translates into higher consumption.

The last generation chipsets a 5 nm like Snapdragon 888 e 888+ have been criticized for suboptimal temperature management. You will remember the case of OnePlus, accused of castrating the 9 series to avoid thermal throttling. And since the Snapdragon 8 Gen 1 represents the transition to 4 nm, usually this progress in the production process can coincide with a better efficiency, that is the balance between expressed power, temperatures and consumption.

Qualcomm wouldn't really be happy with the Snapdragon 8 Gen 1

But apparently this is not the case, at least with Moto Edge X30: as specific benchmarks and tests show, the smartphone tends to heat up more, especially than the Snapdragon 888+. It remains to be seen whether this is an isolated case that concerns only Motorola's top of the range, but there are other clues that would suggest that it is something less circumscribed. As sources from South Korea report, Qualcomm would not be fully satisfied of the results achieved with the Snapdragon 8 Gen 1. And the fault would be Samsung, which we remember is the manufacturer that physically prints Qualcomm's new 4nm SoCs.

As I have explained to you in this article, there is a big difference between chipmakers fab e fabless. Qualcomm is a fabless company and that means it doesn't have the necessary factories to print the semiconductors it engineers. In the smartphone field, there are practically only two realities to rely on: TSMC e Samsung. Over the years, the Taiwanese giant showed to have better and more stable technologies than the South Korean competitor. However, TSMC is a very close partner of Apple: this means that when a new production process arrives, Cupertino has a sort of temporal exclusivity. The very first iPhones were powered by Samsung chips, but when the latter entered the smartphone market, Apple decided to move the production of its chips to the more neutral TSMC. For example, TSMC's first 7nm chips arrived in September 2018 with the iPhone XS and Apple A12, while the first smartphones with Qualcomm's 7nm SoC arrived in the first half of 2019. Think, the entire 5nm production. of TSMC was practically given exclusively to Apple starting from September 2020, with iPhone 12 and Apple A14, but also M1, M1 Pro and M1 Max for the Mac line.

Over the years, therefore, Qualcomm has decided to move part of its production to Samsung. After the flop of the "caliente" Snapdragon 810 manufactured by TSMC, in 2016 Snapdragon 820 and 821 were produced by Samsung. And the same can be said for later models like Snapdragon 835, 845, 888, 888+ and the last 8 January 1. A strategic choice also from a geopolitical point of view: as China wants to get its hands on Taiwan (and TSMC), for the US, joining the American Qualcomm to its ally South Korea is a way to protect itself if something goes wrong in Taiwan. However, Qualcomm continued to work with TSMC, as the popular Snapdragons demonstrate 855, 855+, 860, 865, 865+ e 870.

iPhone 6S and chipgate: will history repeat itself?

The fact is that Qualcomm would not be satisfied with Samsung's production of the Snapdragon 8 Gen 1: not only for the temperatures, which again risk making it disfigure with the competition (with MediaTek laughing), but also for quantity reasons. Samsung would not be able to meet the chip requests that Qualcomm would like to print for the Snap 8 Gen 1. Also according to these sources, Qualcomm has thus decided to entrust part of the production to TSMC. An understandable choice but which could have negative consequences in terms of uniformity. If Qualcomm really decides to split the production between TSMC and Samsung, this could mean that in circulation we could find smartphones with the Snapdragon 8 Gen 1, but produced by different factories.

To better understand the situation, we need to go back to 2015 and the launch of iPhone 6s, a smartphone not particularly lucky and which was characterized by the so-called chipgate. For the production of the then chip Apple A9, Cupertino decided to entrust the production to both TSMC that Samsung. The problem is that the two chips weren't identical at all: TSMC's was 16nm, while Samsung's was 14nm. Although the second might seem more advanced, it returned worse results both in terms of performance and especially of autonomy, noting the better efficiency of the TSMC counterpart.

Let's put in the fact that the buyer had no way of knowing if he was buying an iPhone 6s with a TSMC or Samsung chip and the omelette was done. And given the aforementioned news from Qualcomm that it would have decided to do essentially the same thing, there could be a risk that the same will happen with the Snapdragon 8 Gen 1. All that remains is to wait for the next top-of-the-range iterations with this chip to understand more. .