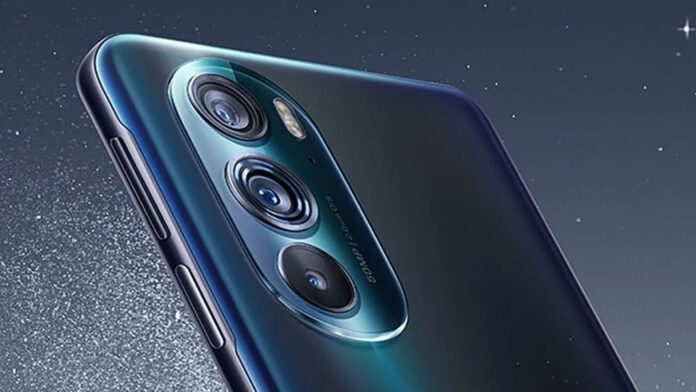 The arrival of the new Moto Edge 30 Ultra (Edge X30) underlines Motorola's willingness to return to being a competitor worthy of the ever-fierce rivalry. The company's history in the smartphone sector is quite troubled, after having dominated the telephone market for years. We recall the acquisition of the mobile division by Google in 2012, only to sell it to Lenovo two years later. An acquisition, the latter, which aroused some concern in the amateur Motorola, as Lenovo has never excelled in smartphone manufacturing. And in fact, the "Chinese style" strategy was not long in coming: after years of a few smartphones with well-designed software, in recent years we have seen an expansion of the catalog, late updates and various rebranding works.

Upgrade 05 / 12: after seeing it in the renderings, here is the first live photo of the Moto Edge 30 Ultra. Find all the details in the “Design and display” paragraph.

Motorola is preparing to launch its flagship Moto Edge 30 Ultra (Edge X30): here are the news

Fortunately for Motorola, between 2020 and 2021 there have been improvements and it has become more competitive, so there is curiosity around this. Moto Edge 30 Ultra. Recall that in China, however, it will be called Moto edge x30. Differences between names aside, the images appeared on the net reveal how the back will change, where the photographic sector will have more rounded lines. The smartphone will be available in two colors: Qiontai Snow and Autumn Tung Shadow.

Rumors tell us that it should take over the Edge 20 series screen, that is, a OLED HDR10 + from 6,67 "Full HD + able to offer a refresh rate a 144 Hz. The dimensions would be equal to 163 x 75,49 x 8,4 mm for a weight of 201 g. Also worth mentioning is the presence of a additional key, dedicated to recall the Google Assistant, as well as the ID sensor in the display and IP52 certification.

In addition to that, we also know that there will be a limited variant with a camera below the screen, already appeared on the net.

Power would be provided by a double cell battery from 5.000 mAh with support for quick charging a 68W to go from 0% to 100% in about half an hour. Nothing to do, however, for wireless charging. Connectivity would not fail to offer 5G, Wi-Fi 6 and Bluetooth 5.2. Obviously the software will be based on the latest Android 12.

The photographic sector should be based on a triple camera from 50 + 50 + 2 MP with OmniVision OV50A primary, OIS, Samsung JN150 wide angle and depth sensor. The selfie camera would be record-breaking, with a good sensor 60 MP. The stereo speaker (as opposed to the mini-jack input), as well as three microphones and an additional rear one for the Audio Zoom function.

According to rumors, the presentation of the Moto Edge 30 Ultra (Edge X30) could take someone by surprise. Contrary to what has happened so far, Motorola will be the first to present its top of the range with Snapdragon 8 Gen 1, even before Xiaomi 12. The presentation is officially set for the 9th December, but for commercialization we would have to wait start 2022, even if information on date and price is missing.