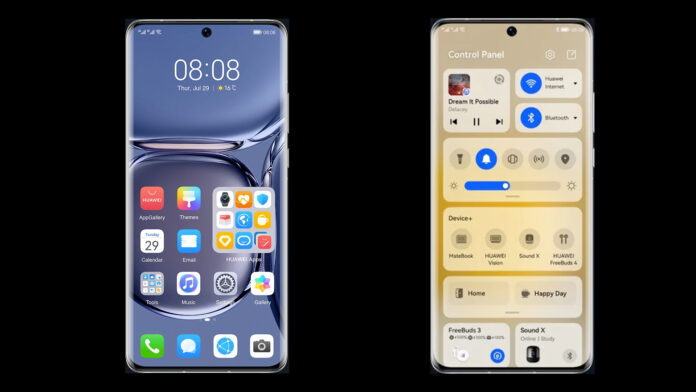 HarmonyOS 2, since it was released, it has gone on over 140 devices of the world Huawei. In our latitudes it landed on tablets e SmartWatch, but hasn't yet made the leap to smartphones, anchored to the EMUI 12. From the latest news, however, we learn of a possible arrival of HarmonyOS on the Global market, which does not seem far away.

Upgrade 14 / 12: Huawei has clarified the HarmonyOS issue on the Global market with an official statement. Find everything at the bottom of the article.

HarmonyOS Global on smartphones: what we know

HarmonyOS has seen hers third edition almost two months ago, certainly bringing many innovations and a general improvement in performance. Again, however, there were no indications for the market outside China. However, Huawei itself talks about it, through Derek Yu, President of Consumer Business for Europe, Canada and Turkey, explaining that the arrival of the new software is not far off for us Western users.

Clearly, he says, there is not yet a definitive feature on the brand's smartphones that have arrived on a global scale this year because they have not yet managed to make the software enough "western". However, this hasn't stopped Huawei and who knows what it can't bring the top of the P50 range just with HarmonyOS.

So when does HarmonyOS arrive on Global smartphones? As Mister Yu claims, we will be able to see him in action starting from 2022, therefore it is not excluded that it may land in Q1 of the new year with models designed for us as well as Nova 9. In short, you just have to be patient and wait for Huawei's next moves.

After the news released almost two weeks ago, Huawei wanted to clarify the issue regarding the release of HarmonyOS outside China with an official statement:

"HarmonyOS is a next-generation operating system developed by Huawei that enables interconnection and collaboration between smart devices. In China, HarmonyOS is powering select HUAWEI Vision models, wearables, smartphones and other products. It has been a great success with consumers as evidenced by more than 170 million devices with HarmonyOS as of November 10, 2021. Smartphones outside of China are currently not expected to upgrade to HarmonyOS, but all Huawei users will be able to experience the revolutionary experience with HarmonyOS 2 on the latest Huawei devices, tablets, HUAWEI Vision and smartwatches".

In short, it is very likely that the words have been slightly misunderstood and consequently a misleading news has been created regarding something that, to date, is not actually foreseen.