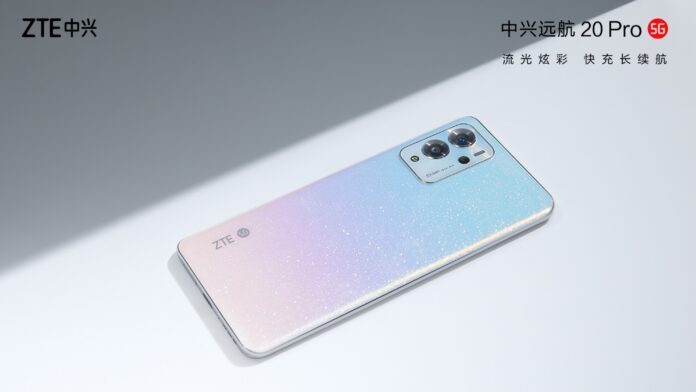 At the end of March 2021, ZTE had launched its own new S30 series, designed for the days, to then launch the flagships axon 30. These two series, however, are not the only ones that the brand presented in 2021, given that it has just launched the new one ZTE Voyager 20 Pro 5G, which inaugurates a new range of devices.

ZTE Voyager 20 Pro 5G: everything you need to know

The design chosen for this new one Voyager 20 Pro It doesn't differ too much from the S30 series but still has a soul of its own, with a much more rounded camera bumper and larger sensors. The colors chosen are two: Green Ink (very dark green) e Early Dawn (iridescent finish similar to Alba). Taking a look at the display, the brand has for now announced that it is equipped with a AMOLED panel, with diagonal from 6.67 ", Full HD + and with refresh rate to 90 Hz.

Turning to the hardware, among the technical specifications we learn of a MediaTek Dimensity 720 chipset, supported by 8 GB RAM and 256 GB of storage, while the battery is from 5.100 mAh with a rather quick recharge from 66W.

Then looking at the camera, we have a triptych of rear sensors, one from 64 MP with two other auxiliaries from 8 e 5 MP, similar to the Axon 30, with wide angle and macro. For the selfie camera there is a sensor in a central punch-hole 16 MP. On the software side there is Android 11 with MyOS 11.5. Present an integrated antenna 5G SRS which promises an always stable and powerful connection.

Regarding the new smartphone of the series Travel, ZTE launched it for the Chinese market with a price of approx €304 at the exchange rate (2.198 yuan). A price that is not very cheap, but which reflects certain characteristics of a device that still promises well.