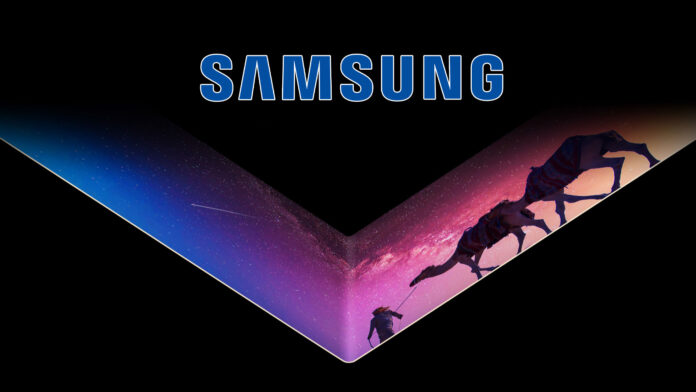 The market of folding smartphones it is almost totally in the hands of Samsung. To demonstrate this there are the sales numbers which attest that the South Korean company holds almost all of the market shares. 2022 we already know that it will be a year with more folding but above all by more competitors, first of all Honor, OPPO e live. However, the impression is that for a long time to come, Samsung will lead the market and its evolution trends. Not surprisingly, a dedicated site created by Samsung Display was born, in which we are shown what the evolution of the sector should be.

Among the objectives achieved in the engineering of its folding smartphones, Samsung claims the folding with radius 1.4, compared to that with radius 5 of other competitors. In this way, a screen is able to fold on itself without creating an excessive gap between the two parts. It is fair to remember, however, that Huawei Mate X2 has proven to do better when it comes to eliminating the "gap" between the two parties. Aside from that, Samsung also boasts UTG (Ultra Thin Glass) technology, a glass-like material that can protect foldable screens to the best of today's possibilities.

Samsung Display presents Flex OLED: this is how future foldable smartphones will be

Let's talk about formats now. Samsung Flex S (Square) e Flex B (Bar) we already know them, being the form factors that we find on smartphones such as Samsung Galaxy Z Fold 3 and Z Flip 3. In the first case we are talking about a format that brings the world of smartphones closer to that of tablets, while maintaining compact dimensions. In the second, however, the main objective is to reduce the size of the phone, bringing back the concept of flip phone we were used to in the era of feature phones.

With Samsung Flex N (Notes) let's move on to something truly new in the Samsung catalog. The idea is to make a larger device than smartphones foldable, like maybe a tablets or notebook. The word "Note" cannot but make us think of the now defunct Galaxy Note series, so we can assume that such a device can also be accompanied by an S Pen.

We conclude with what could be another “next big thing”, namely the rollable screens. Samsung thinks about them in two ways, starting with the format S Flex (Slidable), which is what its version of OPPO X. So far OPPO has been the only one to show a prototype of this type in public, but it seems that we will have to wait a little longer to see it in action more concretely. On the other hand, the format is more concrete R Flex (Rollable), one of the most recent variations introduced in the world of Smart TV from reality like LG e HiSense. For now, Samsung has not yet ventured in this direction, but it seems only a matter of time before it does.