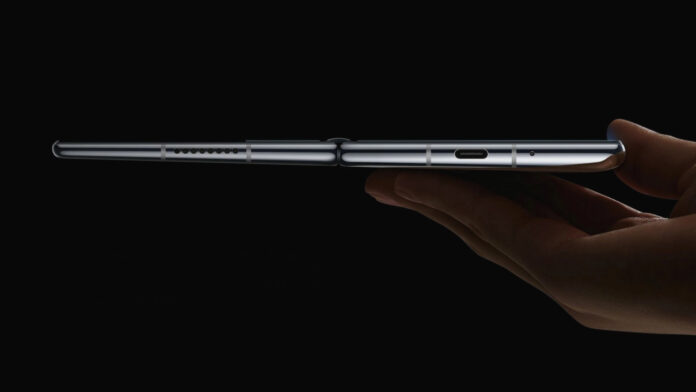 For some time now they have begun to peep out the first rumors about the next model of the GT series. But now, according to the latest news, the range could be enriched with a terminal never seen before for the Asian brand: we are talking about the alleged Realme GT 2 Fold, The first folding smartphone of the company!

Upgrade 27 / 11: from a leak and some official sources we have the possible release period and a render for the first brochure of Realme. Find all the details at the bottom of the article.

Realme GT 2 Fold in the first images: this is how the folding smartphone could be!

As usual in these cases it is good to take everything with due precautions. Despite this it is likely that the time is indeed ripe to talk about one folding smartphone brand Realme. Xu Qi Chase himself - the company's CMO - confirmed on the Chinese social network Weibo that the 2022 will be the year of camera under the display and foldable. There is no explicit mention of a commercial launch, but the reference to these technologies is already a positive fact.

At the same time as the post, the first sketches dedicated to the alleged appear Realme GT 2 Fold, which show both the possible design and some specifications. Realme's foldable smartphone is expected to have an external display from 6.5 " and a main panel from 8 " (an inward folding solution); both screens would be solutions AMOLED. We are also shown the photographic sector, positioned in the direction horizontal and equipped with a double module of 50 + 50 MP. Two are visible for the selfie camera punch hole (external and internal). The power button also seems to include the fingerprint reader while the lower part of the device houses a speaker and the Type-C port.

After seeing the first sketch for the Realme GT 2 Fold, the company goes further and is already looking to show what appears to be the possible rendering of the brand's first yellow folder. It is imagined with the body of the GT Master, giving a very special touch to the whole smartphone. Additionally, it comes with a display that would serve curved, which would certainly make it more premium than expected.

Although it was shown by Realme itself, this may not be the definitive design, so it should be taken relatively with a grain of salt. But when will we finally be able to discover foldable? From some rumors, it appears that the new GT 2 Fold could be presented during the kermesse of Mobile World Congress 2022 in Barcelona, ​​then from February 28 to March 3. We will understand if this will be made official in the coming weeks and above all if we will also have confirmations for the alleged flip phone, which had already been rumored some time ago.