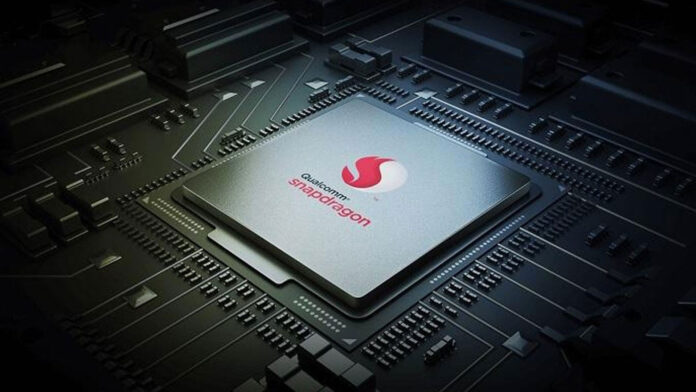 Meanwhile, the first rumors about the alleged appeared Snapdragon 888 Pro, the network has already begun to talk about the future of Qualcomm in the form of Snapdragon 8 Gen1. Of course, it is still early to talk concretely about the names of the chipsets, but what matters is that the US chipmaker is preparing changes worthy of consideration. If with the current Snapdragon 888 we have not had generational leaps, this could happen with what is signed as SM8450. Expected in the form of Snap 8 Gen 1, the news looks rather juicy, as revealed by the details spoken by the leakers.

Upgrade 08 / 11: Qualcomm reveals the date on which the long-awaited Snapdragon 8 Gen 1 will be presented. Find all the details directly at the end of the article.

Qualcomm prepares the Snapdragon 8 Gen 1: here are the technical specifications

I refer in particular to one of the latest tweets of the insider Evan Blass, in which we find several specifications of the alleged Snapdragon 8 Gen 1. Starting from the fact that the production process would advance first, passing from today's 5 nm to the future 4 nm. A step forward that would translate into technological progress both in terms of performance and energy efficiency.

Let us not forget, in fact, that Samsung yes it would preparing to launch new high-end SoCs able to compete with Qualcomm, but which above all would be provided to Xiaomi. So far, in fact, Samsung has mostly built chips for its products, except for some exceptional supplies but very rarely to companies like Meizu and vivo. But having a customer like Xiaomi could prove to be a major blow to Qualcomm's coffers, given the amount of models marketed and sold by Lei Jun's company.

In order not to compensate for the competition of the other chipmakers, Qualcomm would be designing a Snapdragon 8 Gen 1 with an edge in several respects. In addition to 4 nm, it would give a damn new CPU Kryo 780 with cores based on unprecedented technology ARM Cortex v9. There aren't many other details in terms of the CPU, but what is really surprising is the graphics sector. Yes, because this SM8450 would boast a Adreno GPU 730, whose name would suggest a substantial upgrade compared to the current reference GPU. This is because the Adreno 660 of the Snap 888 follows the Adreno 650 of the Snap 865, preceded by Adreno 640 for Snap 855 and Adreno 630 for Snap 845. Since there has always been a leap forward of 10 numbers, go from 660 to 730 it could mean a much more innovative GPU.

CPU and GPU aside, the specs revealed for the alleged Snapdragon 8 Gen 1 include RAM LModem Snapdragon X65 5G with mmWave 1 GHz and Sub-6 support at 400 MHz and FastConnect 6900, but also a new ISP Spectra 680. There would be elements such as Qualcomm Aqstic for audio and SPU260 for the security sector.

Redmi pronounces itself on the Snap 8 Gen 1

According to rumors, Qualcomm's production of the SM8450 (the alleged Snapdragon 8 Gen 1) is scheduled for Q3 2021. However, the first smartphones with the next high-end SoC are expected to arrive several months later. Wang Teng Thomas, general manager of Redmi, according to which there will be no terminal with Snap 8 Gen 1 in the second half of 2021. This would mean that the first could reach start 2022. Given the proximity to the parent company, it may be Xiaomi Mi 12, top of the range indicated as the possible first in the world with this chipset?

Snap 8 Gen 1 in the presence of producers: will it convince them?

After the words of the GM of Redmi, we have news from a leak of the usual Digital Chat Station that Snapdragon 8 Gen1 (alias SM8450) or rather, the samples of the same, have been sent to the producers (mainly Chinese) to then start the tests that will lead to understand what can be expected from this SoC, which looks very promising but which must take away a little of bitterness in the mouth that brought Snapdragon 888 (which is why the Pro version could be anticipated), making the producers themselves more skeptical.

Snapdragon 8 Gen 1: it will be a two-way game between Samsung and TSMC

We return to talk about Qualcomm's next top-of-the-range chipset, which has already made headlines about Realme but also for previous developments. As we have learned in recent weeks, the new semiconductors will be equipped with a 4nm process, which will therefore lead them to be more and more powerful.

But who will produce them? The dichotomy between the South Koreans of Samsung and the Taiwanese of TSMC, already producers of Snapdragon 888. Well, from Ice Universe we know that Samsung will produce the chipset 8 January 1, while its "Plus" version will be the prerogative of TSMC. In short, that step by step we are starting to trace the road to the 2022 technology, with Qualcomm aiming to take the Chinese market precisely with these components.

The new Snapdragon convinces on the benchmarks

First, a real test of competence for the next Snapdragon SM8450 o 8 January 1. The flagship of the American giant, as reported by some leakers, underwent the benchmark of AnTuTu, recording a score of 1.250 in Single-Core and 4.000 in Multi-Core. This is thanks to an Octa-Core architecture divided into: 1 Super Core Cortex-X2, 3 Big Core Cortex-A710, 2 Little Core A510-1 and 2 Little Core A510-2. The one that, despite being powerful, cannot overcome the GPU designed by AMD for Samsung is the Adreno 730, slightly behind.

The leaker Ice Universe returns to talk about Qualcomm's next high-end chipset and announces what could be the trade name: no longer 895, but Snapdragon 8 Gen1. Furthermore, the insider reveals the presence of a Super Core Cortex-X2 (as seen above), specifying the maximum clock rate from 3.09 GHz. Obviously it will be a solution realized a 4 nm da Samsung (while the Plus version should go for TSMC).

We are still waiting for official information on the news of the Snapdragon 8 Gen 1, but in the meantime, the leakers will take care of satisfying the most curious. This time it's Ice Universe talking about it, anticipating what the score should be GeekBench achieved by the next Qualcomm chipset.

According to what he reported, Snapdragon 8 Gen 1 would have an average on GeekBench equal to 1.200 points in single-core e 3.900 points in multi-core. The usual premises include the presumed reliability of the leak, as well as the fact that the tests could concern a non-finalized version of the chip. That said, the score is not in itself exciting, considering that the leap forward from the Snapdragon 888 + is of only the + 5 % (and 15% compared to Snap 888).

Qualcomm has confirmed when the next one will take place Snapdragon Tech Summit. Like every year, the conference will be at the end of the year, more precisely 30 2 from November to December.

It is not specified in black and white, but it is highly probable that among the innovations illustrated during the event there is also the Snapdragon 898. To give further rumors there is the leaker Digital Chat Station, according to which the SoC will be signed as SM8450 but in preparation there would already be theSM8475, presumably the increased variant of the Snapdragon 8 Gen 1 scheduled for mid 2022.