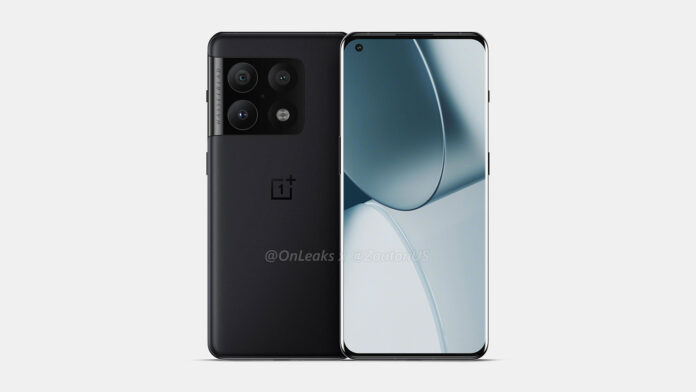 There is a lot of talk about how it will be done OnePlus 10 Pro, given the numerous information already present on the net. Also because apparently his presentation will take place with months in advance than usual; and the closer the presentation, the more persistent the leaks are. The OnLeaks insider showed the whole world how it will be done the next top of the OnePlus range, revealing all its features from every angle. Following this leak of images, several rumors have appeared online on the OnePlus 10 Pro data sheet, like today's one.

The alleged technical specifications of OnePlus 10 Pro are leaking

According to these latest rumors, the characteristics of OnePlus 10 Pro will not be distorted compared to what is seen with OnePlus 9 Pro. If aesthetically we see a decisive change of pace, we should not expect great news from a technical point of view, except for one specification. According to this information, OnePlus 10 Pro would consist of a screen from 6,7 "Quad HD + a 120 Hz, disproving the hypothesis that it would speak of a more fluid panel at 144 Hz. The certification would also remain IP68 against liquids and dust, but this is a feature we didn't expect would change.

Obviously, the chipset will be renewed on OnePlus 10 Pro, which will no longer be the Snapdragon 888 but instead Snapdragon 8 Gen1 which we do not yet officially know but of which we already know everything. The new Qualcomm SoC would still be side by side 8 / 12 GB of RAM LPDDR5 e 128 / 256 GB UFS 3.1 storage, the same cuts as the current OnePlus flagship. Nor would the megapixels of the camera change (as well as some sensors), with a triple configuration again from 48 + 50 + 8 MP, while the selfie camera would increase, going from 16 to 32 MP.

But the most welcome novelty would undoubtedly be the battery, which would increase from 4.500 mAh to 5.000 mAh. No information on the power of the charging, even if we feel like deny the rumors of the 150W recently appeared.