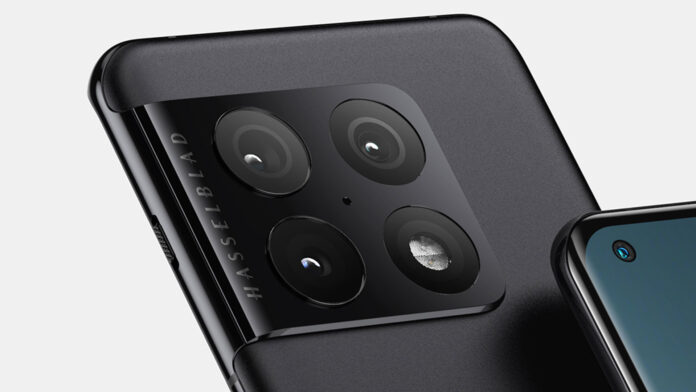 It seems that not even the next one OnePlus 10 Pro will have a photo gallery particularly avant-garde. Since its existence, the OnePlus brand has never strongly focused on the multimedia capabilities of its smartphones. It was born as a brand for the so-called enthusiasts, that is, that part of the community interested in powerful smartphones at the right price. And therefore the first OnePlus had the most powerful chipset around, a battery compartment with very fast charging, lean software and above-average fluidity. Over time, the performance gap has narrowed and therefore OnePlus has also started to focus on multimedia. First it did so by adopting excellently finished OLED screens and more recently, with the OnePlus 9 series, it has also raised the bar in photographic terms. The partnership with Hasselblad has proven this, as far as the results are in practice they weren't top of the class.

New leaks appear on the photographic sector of OnePlus 10 Pro

Thanks to first render leaked, we know that OnePlus 10 Pro would have one triple camera and that the collaboration with Hasselblad. But what really matters to all interested is to find out what hardware innovations will be brought up. Until now, the information ended here, but the inevitable leaker Digital Chat Station did not take long to let us know the information in its possession on the smartphone. If you expect an upheaval, be prepared to be disappointed, because according to the leaker the changes implemented will not be radical.

His Weibo post focused on spreading the periscopial telephoto lens, still an element today poco widespread in the sector. According to the leaker, the OnePlus 10 Pro is expected to keep a telephoto 3.3x, capable of up to 30x digital zoom. If this were the case, it would mean that the next OnePlus top of the range would maintain the same focal length as the current OnePlus 9 Pro. To date we have not yet seen a OnePlus smartphone equipped with periscopial zoom, also because the same "mother" OPPO she would seem to have pulled back from the subject. After introducing it to the general public with OPPO Reno 10x Zoom e Find the X2 Pro, the last one Find the X3 Pro it meant a step back in terms of optical zoom.

The fact is that in this round we should wait less to officially discover OnePlus 10 Pro, given that the event will be held months in advance. That maybe the real novelty could be theProprietary ISP which has been rumored for some time?

The smartphone crisis could become an advantage