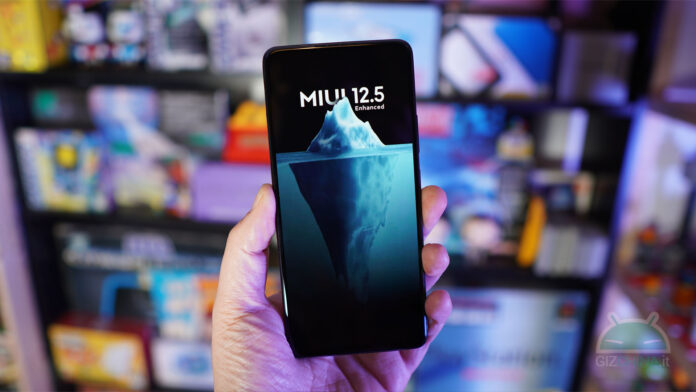 La MIUI 12.5 Enhanced is proceeding with its diffusion on smartphones Xiaomi, but not without some problems. Putting aside the problems that arose with the update to Android 12, some confusion has arisen. This is because we are faced with an update that is not a real major update: for that we will have to wait for the MIUI 13. But it's not just any update either, given its relevance in terms of new features. Therefore it aroused some curiosity, but in the comments below our content on the subject I noticed doubts about its actual release.

Do you have doubts about MIUI 12.5 Enhanced? Here's what you need to know

Why am I saying this? Because Xiaomi usually confuses a bit with the name of its products, as already discussed above. A confusion that also arises from a certain desire to flood the market with news month after month, if not week after week, to remain in the news spotlight. And as much as we try to create a news history to help you figure it out, it's not always easy.

As I told you, the MIUI 12.5 Enhanced Edition was initially presented in China, an announcement which was then followed by the Global one and for Europe. but what is the problem? As anticipated, Xiaomi tends to confuse the names and this new software version makes no difference. Normally, when there is a change of MIUI version there is also a change of numbering. For example, if we take Xiaomi Mi 9 Global it came out with MIUI 10 (V10.2.3.0) and then move on to MIUI 11 (V11.0.2.0), 12 (V12.0.1.0) and 12.5 (V12.5.1.0. 10). A numbering change (from V11 to V12, V12.5 and VXNUMX) that allows the user to immediately understand which version of MIUI it is.

How to understand if you have MIUI 12.5 Enhanced

First of all, I want to underline that on our site you will find two pages dedicated to MIUI 12.5 Enhanced, both in China version (the one that comes first of all) than in those Global / EEA. In both articles you will find in black and white which smartphones have updated and with which software versions. If you have doubts about your model, just consult them and you will have a clearer idea.

The other method to know if on your Xiaomi, Redmi or POCO whether or not there is MIUI 12.5 Enhanced is the following:

In this way, you will have access to the changelog of the last update you received. If you have received MIUI 12.5 Enhanced, you should have a screen like this:

Haven't received the MIUI 12.5 Enhanced yet? Here because

In the two aforementioned articles you will find all the Xiaomi, Redmi and POCO who have received the update to MIUI 12.5 Enhanced. But rightly some of you occasionally object to the fact that you have not yet received the update notification despite its model being among those listed. I state that all updates, especially major or almost major ones, are released gradually and could therefore take days to reach everyone.

But there is another aspect to consider, which is the ROM Stable Beta. As we specify whenever needed, western major updates are often first released to I Pilot, that is, users who act as beta testers. The Stable Betas are for this: they are definitive ROMs but they may still have some bugs, therefore they need some final touches. If you are not Mi Pilot, therefore, it is normal that you are not notified of the update released.

"So why are you talking about it if it's just for Mi Pilots?". There are two reasons: first of all, to inform the owners of that smartphone that the public update is about to arrive. Secondly, because among you there may be some geek who decides they still want to try the Stable Beta to get a taste before the official release. It is something risky, because the Stable Beta ROMs could have more or less significant bugs, but of course we emphasize that it is something to do at your own risk.