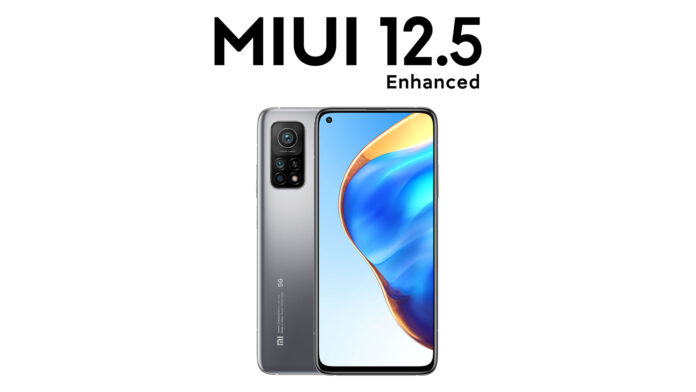 The porting proceeds with a good cadence western MIUI 12.5 Enhanced and now it's the turn of Xiaomi Mi 10T e Mi 10T Pro. On the day the respective successors, the Mi 10T series updates to the latest version of Xiaomi's proprietary interface. The update had already arrived in recent days, but in the form of a Chinese release for the Asian alias, or Redmi K30S.

Upgrade 13 / 10: after the Global release, the MIUI 12.5 Enhanced also arrives in Europe on Xiaomi Mi 10T and Mi 10T Pro. Find all the details in the article.

As happened for Xiaomi Mi 11i and POCO F3, the first to be updated, the MIUI 12.5 Enhanced arrives on Xiaomi Mi 10T and Mi 10T Pro in version Global with the build V12.5.4.0.RJDMIXM. Beware, however, because the update is being released in phase Stable Beta and is therefore intended for beta testers of the Mi Pilot program. But if no noteworthy bugs are found, then the ROM itself will be released publicly.

The release of MIUI 12.5 Enhanced is starting for Xiaomi Mi 10T and Mi 10T Pro also in Europe, with the build V12.5.7.0.RJDEUXM. Unlike the Global update, this one would not seem to be in the Stable Beta phase, so the roll-out would have started for everyone. While waiting for it to arrive, you can still manually install the update (at your own risk):

Stability and power with the BlitzWolf GD3 gaming desk, in ...