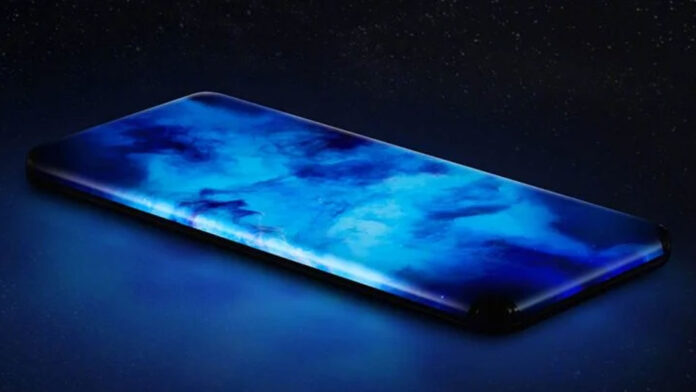 After welcoming the rather large Mi 11 family, all the rumors are now focused on the future that is called Xiaomi 12. There is still time, but the first rumors have already appeared on the net and tell us what its characteristics will be. And like every generation, we expect great things from the top of the range of Lei Jun's company, in terms of design and technological evolution. Probably the 12 series will also be composed of multiple models, although in this article we will focus on those for the premium range. So let's see what we know about its specifications and details on price and release date.

Upgrade 16 / 10: Xiaomi 12 could introduce a novelty for the photographic sector, but it would be a solution already announced by OPPO. Find all the details in the article, precisely in the section dedicated to the camera.

Xiaomi 12 on the horizon: everything we know

It is still early to know how Xiaomi 12 will be done, especially in terms of look, design and colors. Also because there will almost certainly be more models and each of these could vary from an aesthetic point of view. Despite this, the Ice Universe leaker reveals that the front of the upcoming Xiaomi flagship will be very similar aesthetically to Xiaomi CIVI. This means a screen central punch-hole with reduced hole, very thin frames and one panel less curved on the sides. For its new top of the range, Xiaomi would have perfected the front structure, with thinner bezels and a narrower “chin”, offering a higher screen-to-body ratio.

According to the most recent rumors, the look will not be the only common feature between Xiaomi 12 and CIVI: the latter comes with a weight of just 166 grams and a thickness of 6,98 mm. According to the insider DigitalChatStation we should have a flagship a lot thinner and lighter compared to the predecessor (Mi 11 debuted with a weight of 196 grams and a thickness of 8.1 mm). All while maintaining a large battery and a chipset at the top, also thanks to the use of materials such as ceramic (to also improve heat dissipation and give an even more elegant style).

Surely the fingerprint sensor will be implemented in the display, while there will be no camera under the screen. This type of sensors is not yet ready for commercialization on a large scale, also because the series of main top of the range does not usually adopt such upheavals. We then expect certification IP68 against liquids and dust. Based on what we've seen on the Mi 11 series, we can expect a screen with 10-bit HDR10 + support and Gorilla Glass Victus protection.

The rumors tell us that a panel should be used LTPO. It would be the brand new Samsung E5 screen Quad HD +, the same seen on board the iQOO 8 Pro e stra-awarded by DisplayMate. A technology that benefits the refresh rate by being able to have one finer automatic adjustment. The current Xiaomi flagships have Adaptive Sync screens, but they can only vary between 30, 60, 90 and 120 Hz. The LTPO screen of Xiaomi 12 will allow you to switch from 1 to 120 Hz depending on the context, thus being able to impact as little as possible on battery life.

What is practically certain is that the Xiaomi 12 will be one of the first, if not the first ever, with it Snapdragon 898 "SM8450". Based on the rumors circulated so far, the chipset should enjoy a production process a 4 nm, benefiting autonomy. The contained CPU should allow a decent generational leap, thanks to the new Kryo 780 CPU with new Cortex-X2 core up to 3,09 GHz Also, the new Adreno GPU 730 it should guarantee a strong edge in terms of graphic processing.

Memories side, we expect 8 / 12 GB of RAM and 128 / 256 / 512 GB of storage UFS 3.1 not expandable and obviously a modem will not be missing 5G. Xiaomi 12 could thus be one if not the first smartphone in the world with the new RAM LPDDR5X, recently announced by the JEDEC body. The new modules will allow a bandwidth equal to 8.533 Mbps, higher than the 6.400 Mbps of the LPDDR5 standard.

We have no battery information yet, although - according to DigitalChatStation - we should have an amperage of 5.000 mAh (depending on the model) while offering a thin and light body, probably in the style of Xiaomi CIVI. It will be interesting what type of fast charging will be used, also given the new Hyper Charge able to get up to 200W in wired form and 120W in shape wireless. However, a report from China reveals some details regarding the technology Hyper Charge: according to what was reported by the Asian media, it should enter the mass production phase starting from June 2022. Xiaomi 12 should not recharge at 200W: the first could be Xiaomi 12 Ultra, already protagonist of the first fantasies and that could come later in time.

Returning then to the standard Xiaomi 12, the rumors lead us to a confirmation of the recharge a 120W already seen on Mi 10 Ultra and recently on MIX 4 e 11T / 11T Pro. The real news, however, will be in battery charger, which will basically be least for a question of portability, but which guarantees a better use of the power itself.

As for the software, Xiaomi 12 should be one of the first based on the default Android 12, perhaps with the future MIUI 13.

A sector on which the Xiaomi 12 series will focus a lot will almost certainly be the photographic one. However, there are conflicting rumors about what to expect on the adopted sensors. The most recent leaks speak of a triple camera from 50 + 50 + 50 MP with wide-angle lens, telephoto and possibility of Slow Motion at 1920 fps.

Another rumor would argue that Xiaomi 12 would be the first top of the range in the world to have a Samsung sensor from 200 MP. The sensor would be impressive not only for the number of pixels, but also for the size of 1 ″. This would allow the sensor to have more physical space to accommodate all these pixels, thus being able to take advantage of an advanced technique of Pixel Binning 16-in-1 to take 12 MP photos with high light sensitivity.

Furthermore, the advantage of having such a large sensor would be to obtain a very punchy natural bokeh effect in close-up shots. It is very likely that this sensor will be adopted exclusively on the model Incredibly .

This indiscretion, however, may not have a sequel and the reason is soon said. In fact, if you want to continue with an optical fingerprint sensor in the display, it is difficult to place a sensor from 200 MP, which would actually be huge and therefore take up space. As a result, Xiaomi could adopt the strategy of the 50 MP multi-sensor for the whole series (therefore basic, Pro and Ultra) but choosing Different CMOS, perhaps using a top-of-the-range solution for the Ultra model (branded Samsung) and two excellent ones for the other models but perhaps from other manufacturers (Sony or OmniVision, certainly less expensive than Samsung).

The future Xiaomi 12 will also be a champion with regard to optical stabilization: according to the Chinese leaker DigitalChatStation Lei Jun's house would be working on a 5-axis OIS system, a solution similar to the one announced by OPPO a few months ago. This would be a stabilization that also acts on the rotation as well as on the displacement and oscillation of the lens horizontally and vertically. A novelty that we should also find with the new generation Gimbal Camera from vivo X80. In short, even Xiaomi 12 should have a Gimbal system in order to eliminate the micro-blur effect as much as possible and obtain clear images (also with regard to night shots).

As per "tradition", the launch of the Xiaomi 12 should take place during the Q1 2022, although for the presentation we are already talking about December 2021. Presentation that could take place on the occasion or in any case in conjunction with the Qualcomm one for the Snapdragon 895.

Speaking of prices, it is still early to trace the expected and unofficial costs, but we can rely on those of the current generation also because they are unlikely to fall. Based on this, Xiaomi 12 could start from a minimum of 3.999 yuan in the list, equal to about € 513, but in Europe the price should not be below the 799,90€.

Xiaomi Mi Smart Camera PTZ 2 is the new camera of ...

Here are which banks supports the Xiaomi Mi Band 6 NFC