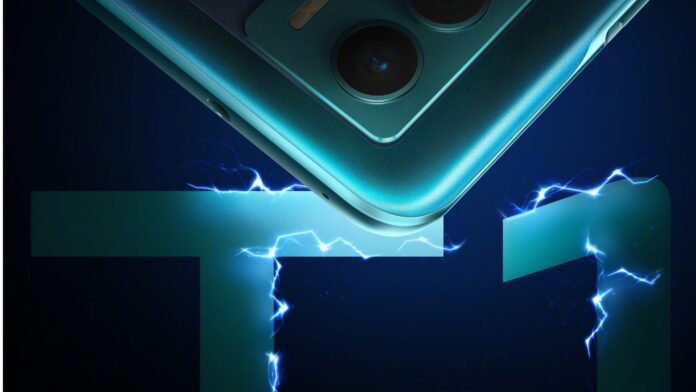 If there is a brand that, although it has an important distribution at home and internationally, manages to have a very specific order of its smartphones, that is certainly alive. However, it seems that this does not avoid creating new line ups of smartphone, given that the rumor about the alleged has begun to circulate series I live T, including templates T1 e T1x.

18 update10: from a leak the official renderings of vivo T1 and T1x, while the brand announces the release date. All the details inside the article.

vivo T1 and T1x: what do we know about the new smartphone series?

vivo Serie T, how was it born?

The first to speak about the new T series was the leaker Bald Panda on Weibo, who first introduced the discourse and then refined himself by explaining how this range of smartphones should be positioned on the market. If the Y series is the one considered mid-range, the S and T series should be equivalent in terms of price. Consequently the X series the top range remains. Also, note that this is not the new series vivo X70t, but of a product in its own right.

And how will the S series and the T series differentiate then? According to the leaker, the S series will turn to imaging and especially selfies, but it's not a novelty. The T series, on the other hand, would compete with top-mid range smartphones designed for smartphone gaming. Not an extreme product like ROG, Black Shark or RedMagic, but more like Realme GT Neo, Redmi K40 Game or iQOO Neo, probable "sister" series but less expensive. To make another comparison, leaker Arsenal Jun presents the T series as similar to the K series of OPPO.

After the first rumors about the birth of this new series, but also after the landing on the TENAA, today we have the design of the T series. V2115A in fact, it features the same design as what will be vivo T1. The style is very similar to that of iQOO Z5 e X70, but perhaps it is closer to that of the affiliate brand, which does nothing but fuel the dualism. As for vivo T1x instead, we have a design not far from theiQOO Z5x which will be presented shortly, complete with a double sensor.

Going into the details of the technical specifications, for the model T1 we find ourselves a display from 6.67 ″ Full HD + TFT LCD with punch-hole, probably a chipset Snapdragon 778G (since the CPU indicated reports a clock of 2.4 GHz). Looking instead at the T1x, we do not know the size of the display (which will be with drop notch LCD in any case) but it should make use of the Dimensity 900 of MediaTek.

Camera side, for vivo T1 there would be a triptych of cameras from 64 + 8 + 2 MP and a selfie camera (central punch-hole) from 16 MP. For the "smaller" there are two sensors but the main one should still be from 64 MP.

There is no lack of rumors regarding the price and above all confirmations on the release date of the T series alive. Starting from this, we will see the debut of the range in the next few hours, that is the October 19, 2021. In addition, Arsenal Jun also spoke about the price range, which ranks among the 250 and 350€ about (2000-2500 yuan), at least for live T1. The price of the T1x should be much lower.