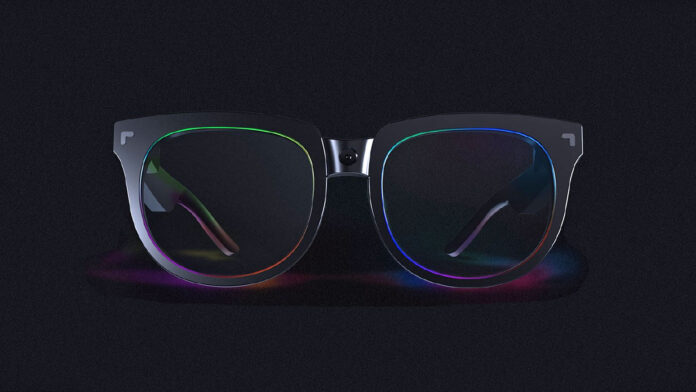 - AR smart glasses they could be the “next big thing”, after the evolution of smartphones seems to be nearing completion. The producers are working towards this passing of the baton, but the times are not yet fully ripe. Companies like Xiaomi already have explicitly demonstrated to be at work to be the first to hit the market. But obviously TCL does not want to be outdone, which just in these hours has public a taste of its smart glasses of the line Thunderbird.

TCL Thunderbird smart glasses are more "powerful" than Xiaomi ones

You may have already heard of the Thunderbird brand, used by partner company FFAlcon to produce the his first smartphone in collaboration with TCL. And although TCL is certainly not one of the most famous names in the smartphone field, it is certainly one of the most pioneering companies in the sector. Just recently had the direct rival of Samsung's Z Flip (later deleted), not to mention the rollable smartphone shown a few months ago.

Today the protagonist is not a smartphone, however, but smart glasses Thunderbird Smart Glasses Pioneer Edition. The concept is the same as we have seen with Xiaomi, or the direct evolution of the historical Google Glass. On the surface they look like a normal pair of eyeglasses, but within them hides a conglomerate of cutting-edge technology. Once worn, the goal is that the glasses replace or in any case largely compensate for the use of smartphones and smartwatches.

The integrated speaker allows you to make them act as an alarm clock in the morning and just a touch to make it stop ringing. Here on the right lens appears a minimal UI that includes calls, messages, calendar, navigation, home automation, camera and text recognition. With a touch you can access the news of the day, complete with accompanying videos and images. By combining them with a smart lock, when someone calls the intercom you can see who is from the video and, if necessary, open. The home automation system can thus be controlled by glasses, turning off lights, closing electric shutters, accessing the car connected via IoT and so on.

If people can see all this, it is thanks to the use of very small MicroLED display with pixels from 4 um, whose development has continued over the past 3 years. The mini-screen is then projected along the right shaft and reflected on the lens by high refractive light waves. And this is where the advantage over Xiaomi comes in: instead of adopting a monochrome solution, TCL has chosen to implement a color display. A choice that is certainly more pleasant to look at but it remains to be seen how feasible it is, as it is more subject to problems of visibility outdoors. TCL claims to have used a proprietary algorithm that allows the use of this technology, but remember that even in this case we are talking about a concept.

OPPO Find N2 and N2 Flip: we have the official date