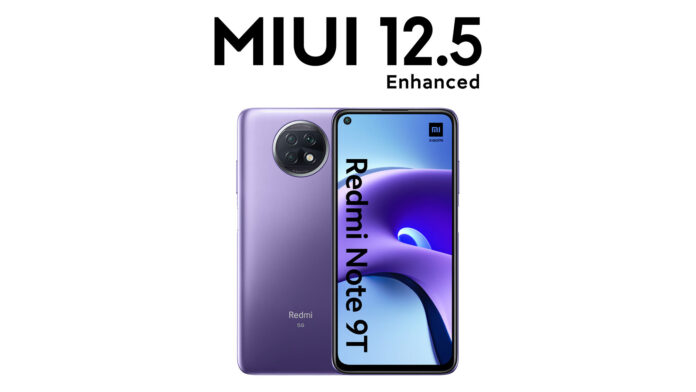 The more time passes, the more the MIUI 12.5 Enhanced begins to spread even on non-top-of-the-range models, as demonstrated by the roll-out for Redmi Note 9T. As we all know by now, the Note series has undergone various rebrands and the one between Note 9 5G and Note 9T is only one of a large list. If the first was launched in November 2020, the second arrived in early 2021 bringing the MediaTek Dimensity 800U 5G to us. But what matters is that the smartphone is starting to update, to the happiness of the respective owners.

As you can see from the changelog below, the news are many and concern multiple optimizations made to MIUI 12.5. The release for which the roll-out has started is V12.5.7.0.RJECNXM, therefore we are talking about the MIUI 12.5 China Enhanced dedicated to Redmi Note 9 5G. But it shouldn't be long before the same release is transposed into European sauce for those who own Redmi Note 9T.

After Redmi Note 9 5G, the turn has also come for the "local" Redmi Note 9T to receive the MIUI 12.5 Global Enhanced with build V12.5.5.0.RJEMIXM. It shouldn't be a Stable Beta but a public release for everyone. If you want, you can manually download and install the Global ROM (at your own risk):