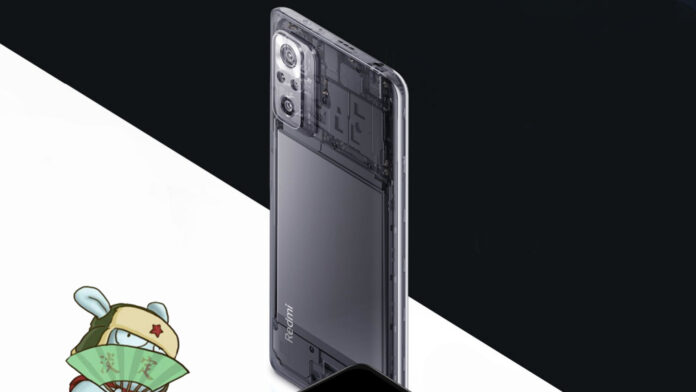 There is still a little left to the debut of the next main series of the rib of Xiaomi, but the first rumors are already popping up: these are details to be taken with a grain of salt, but the time has come to clarify and collect all the news, confirmations and rumors regarding technical specifications, design, price and exit of Redmi Note 11 e Notes 11 Pro 5G!

Upgrade 19 / 10: from a new leak we learn the appearance on an eCommerce of the whole new Redmi Note 11 series. All the details at the bottom of the article.

Regarding the design, he is groping in the dark: Xiaomi has not yet provided clues and from the main Chinese leakers everything is silent. The only voice comes from the team of LetsGoDigital, which gives us concept render images: they represent only a hypothesis, but it is a starting point. Redmi Note 11 e Notes 11 Pro 5G could change register compared to current models and have a look more like the 11T series from Xiaomi. We repeat: it is a concept and nothing more!

Moving on to the indiscretions on the display (and not only), according to the well-known Chinese leaker Arsenal Redmi Note 11 base will have a panel on board LCD flat a 120 Hz (presumably around 6 ″ and with Full HD + resolution): compared to the predecessor we will therefore have a higher refresh rate (the current one reaches up to 90 Hz). The first big difference with Redmi Note 11 Pro would concern the screen: the superior model should see the return of a solution OLED a 120 Hz (probably with a touch sampling rate of 240 Hz, like the current Pro model). Also in this case it is likely to speak of a display of approx 6.6 " with resolution Full HD +.

As for the technical sector, according to the leaker Arsenal Xiaomi will continue to rely on MediaTek with various solutions Dimensity 5G. There are no official confirmations, but the insider reports that Redmi Note 11 will be equipped with the Dimensity 810 while the big brother Note 11 Pro will have the new one on his side Dimensity 920, which would open the direct challenge to the next Reno 7, who could also use it. For both models there would be memories from 6 / 8 GB of RAM and 128 / 256 GB of storage.

The question of fast charging is different: Arsenal reports that Note 11 will have a battery from 5.000 mAh with recharge from 33W while the Pro counterpart will be equipped with a 5.000 mAh solution a 67W. However, according to the well-known Chinese leaker DigitalChatStation the next series of Redmi should have a super charge, the same as some top-end models. The insider talks about the recharge da 120W aboard a model from the Note range, perhaps reserved for a model superior to the Note 11 Pro. As usual, it is good to take everything with due precautions, at least until official confirmation.

To make the situation more interesting there is a certification, which as reported by Mukul Sharma would be related to the Pro model but in this case Global, which would be equipped with the same charging power of the Chinese model. We don't know if it will now follow the regular Note series or come under other names.

The overview of the specifications ends with the presence ofNFC and a configuration Dual Speaker JBL for the Pro version.

As for the photographic sector of the next Note 11 series, obviously an avalanche of rumors could not be missing. There are rumors of a main sensor from 50 MP, specifically theOmniVision OV50A (the same, although not specified, that we saw on Huawei Nova 9) and a selfie camera from 16 MP.

Moving on to Redmi Note 11 Pro we are talking about a main camera from 108 MP, again with a 16 MP front module.

There are still no details on the release of the series Redmi Note 11 similarly to the previous generation we imagine that the debut is set for the month of March 2022. However, recently the CEO of Redmi Lu Weibing threw a big hook: the executive reported being very busy for this month, posting a photo taken from the Chinese event dedicated to the Note 10 series. Immediately weibo users - the well-known social media - linked the clue: what if the debut of the Redmi Note 11 range was set for late October/November?

Redmi Note 11: there will be three models

Although until today we have spoken purely of Redmi Note 11 and its Pro variant, the price list of JD.com could change the cards on the table. In fact, in addition to the aforementioned smartphones, a third model is also added, defined Redmi Note 11 Pro + 5G, which will therefore be the top of the range. Unfortunately, there are no real indications regarding this model, which could be an enhanced version, perhaps through a camera or hardware feature, of the Note 11 Pro. Furthermore, the WHYLAB leaker is unbalanced on the fact that they will arrive by this month of October 2021.

As soon as we know more we will update this article with all the details.

Where to buy the new OnePlus 9RT