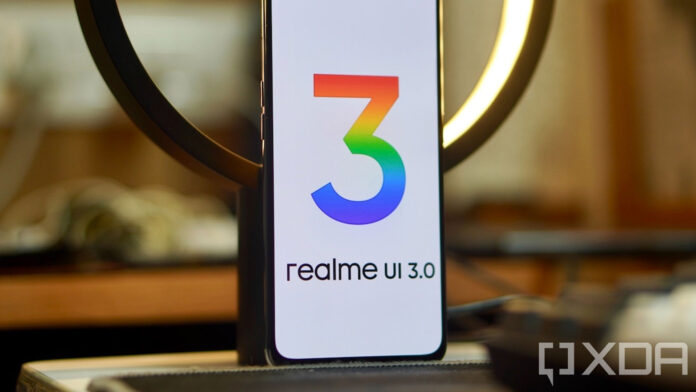 A few days ago it is officially held the presentation area of Realme UI 3.0, the latest iteration of the software experience of the Asian house. An announcement that was expected by many, given that the OPPO parent company had already presented its counterpart, namely the ColorOS 12. Either way, the new update embraces the new features included in Android 12 and re-packs them into their respective proprietary interfaces. It will take a while before we can try them here in Italy, since the Betas are only available in Asia. But fortunately XDA colleagues released a The hands-on method which allows us to discover in advance (and more closely) the news of Realme UI 3.0.

The new Realme UI 3.0 is coming: let's see what the news is

Having born as a sub-brand of OPPO, initially the ROMs pre-installed on Realme smartphones were none other than the ColorOS. But it was at the beginning of 2020 that the company tried to make itself a little more independent, turning towards a Realme UI that still remains a rebrandization of ColorOS. Towards the end of the year one made her advent Realme UI 2.0 which once again took what was seen with the ColorOS 11 and the same will be between Realme UI 3.0 e ColorOS 12. And with the XDA analysis of the new major update aboard Realme GT, there are several points in common between the two UI.

In aesthetic terms, the Realme UI 3.0 is very similar to its previous version 2.0 and the changes implemented are not very easy to grasp. The novelties that stand out the most are the small redesigns for the notification bar and the Settings list, with more spaced elements and a slightly cleaner look. As for OPPO, Realme introduced new 3D icons, containing shadow effects to add depth to the UI.

Already with the Realme UI 2.0 there are various customization possibilities that we see further enriched with the Realme UI 3.0. A adjusts the graphics engine Material you it is not yet available and will only be available from Android 12.1 onwards for third party manufacturers. Despite this, the major update Realme introduces it in part in the form of Smart Theming Engine, being able to change the theme of the UI based on the colors of the background used. Among other things, you can manually change the color of the themes using a color wheel.

Originally introduced by OnePlus on the OxygenOS in the form of Canvas AOD, now the function also arrives on Realme smartphones with the name of Sketchpad AOD. Its operation does not change, taking a subject (yourself or anyone else) and simulating a pencil sketch to use on the Always-On Display.

Speaking Always-On Display, the major update also added the ability to customize it through the Realmeow mascot or using the Omoji.

You read that right: the Omoji also on Realme UI 3.0. You can create your own digital avatar, imitating your features and dressing it with various accessories and using the facial expressions present. Once created, you can use it with the front camera between selfies, video calls and Always-On Display.

With the update to Realme UI 3.0 the Dark mode, introducing the possibility to choose between three display modes. The standard option is "Enhanced"And it is completely black, while with"Medium"and "Gentle”Results in a dark gray screen.

After analyzing the most exquisitely visual aspect, with the Realme UI 3.0 there are also improvements in terms of performance. The new AI Smooth Engine allows the system to make the most of the available hardware. According to Realme's claims, this guarantees a 30% drop in RAM usage and an increased app opening speed of up to 13%. In addition, resource scheduling using AI manages apps in the background better, closing or keeping them running more efficiently and improving autonomy by 12%.

Being an update based on Android 12, the related news in terms of privacy and security on Realme UI 3.0 could not be missing. Starting with the addition of the Quick Toggle for activate / deactivate microphone and camera. In addition to this, when an app uses one of these two elements, a green and / or orange LED will appear at the top right of the screen to inform us that this is happening.

The other big news seen with Android 12 and now also on Realme smartphones is the so-called disguised geolocation. When you install an app that requires access to your GPS location, you can choose whether to provide it with the exact location or a more approximate one in the form of a larger area.

Among other security innovations, Realme UI 3.0 allows you to remove EXIF ​​data from photos that we share in chats. In this way, whoever receives the photo will not be able to know where it was taken and all the technical details such as focal aperture, shutter speed and so on.

One of the main innovations of the Android 12 operating system is represented by the privacy dashboard, which we find on Realme UI 3.0. From this screen we can have the history of the accesses of all the apps installed for elements such as camera, microphone and location. And also from here you can choose which apps have these accesses or not.

Finally, the update also includes a version 2.0 of Phone Manager. A useful tool for tasks such as memory cleaning, anti-virus scanning, permission management and much more.

For the moment, Realme has published the official roadmap concerning the release of the Realme UI 3.0 Beta, which however, we remind you, is not in Italy.