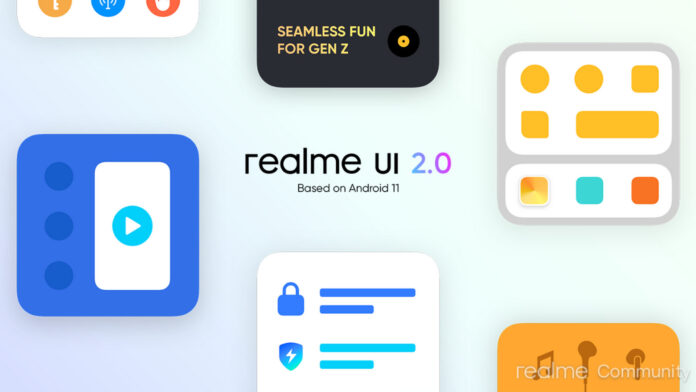 After the Preview recordings for X50 Pro, both the first images and the changelog for the Realme UI 2.0 based on Android 11, which come in a substantial update. And now the wait is over and the Asian company has announced the new version of its proprietary interface, along with the models of the series Narzo 20. The UI comes after the launch of the ColorOS 11 of OPPO and takes inspiration from its cousin's interface to introduce some new features.

Realme UI 2.0 official: what changes with the arrival of Android 11

As we can see from the tweet poco on the Realme UI 2.0 based on Android 11 it is very clean, we could say almost stock, and above all the function is very interesting System Cloner, which allows you to keep certain apps in a parallel micro-system and therefore away from prying eyes. Moving on, there are also important improvements for the camera. For details, we leave you the changelog complete below.

The update for the Realme UI 2.0 based on Android 11 it is obviously in phase Preview and therefore it is not a final version, but who will download it will find a substantial update from 3.2 GB.

Realme UI 2.0: all the news borrowed from OPPO's ColorOS 11

Finally, September 21 came and with it the announcement of the new one Realme UI 2.0 based on Android 11. The UI promises greater openness to customizations, with full support for third-party icon packs and launchers and various improvements. The company has introduced the possibility of changing the colors of the interface, precisely icons and settings. The customizations also continue for the function Always-On Display while also the dark mode is improved and allows you to choose between three different Dark styles. Obviously there is no lack of a whole series of changes taken directly from Android 11 (such as Bubble notifications, new multimedia controls and so on).

Just like with the other proprietary UIs, Realme UI 2.0 also offers an eye on safety e privacy. A new dedicated suite is present, calls Deep Sea Privacy, which allow you to protect your personal information and save sensitive details and files in a dedicated space. Do not miss the function System Cloner, useful for having two profiles on the same smartphone (in order to keep business and private data separate).

Do you want to know if your smartphone is among the supported by Realme UI 2.0 by Android 11? Here is the list of all interested models, with relative dates.