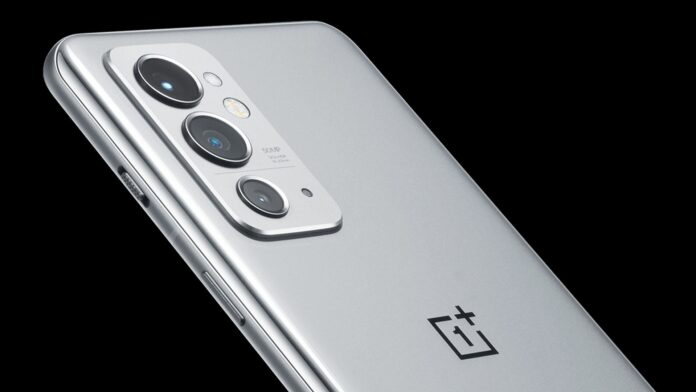 After the officiality of the fact that OnePlus 9T will not be done, Pete Lau's brand still has an arrow in its bow, that is, the new one OnePlus 9RT. In practice, the strategy of the “T models” is carried forward but from another point of view, although presenting what is in effect a top range, as illustrated by the technical specifications.

15 / 10 Update: we are starting to talk about the Global version, for now about the possible prices. Find all the details directly at the end of the article.

Official OnePlus 9RT: all about the new flagship

Speaking of design, OnePlus 9RT it will look very similar to that of the model 9R arrived only in China and India. The images actually show us an almost unchanged style, with a camera layout already seen, if not for some small details, with the larger sensors. On the front, then, we find once again the solution punch-hole located in the left corner.

Regarding the body, we have well 3 colors: a silver called Silver Hack (the most sponsored one), a matte black Matter Black and a teal called Sky Enchantment, which will come later.

For the display we see a Samsung E4 panel from 6.62 ″ Full HD + with technology AMOLED a 120 Hz and protective glass Gorilla Glass 5. The refresh rate does not change while the sampling of the touch is greatly improved, even set to 600 Hz (inherited from the recent Realme GT Neo 2). A big leap forward compared to the OnePlus 9 and 9 Pro and their sampling screen at 240 Hz. A real gaming phone sampling, thus ensuring a very high reactivity to the touch, ideal for the gaming sector.

The smartphone is supported by 8 / 12 GB of LPDDR5 RAM but also 128 / 256 GB UFS 3.1 and takes advantage of the increasingly popular RAM Expansion, i.e. an expansion of RAM with virtual memory. In the case of the 9RT it is to 7 GB, which brings the smartphone up to peaks of 15 e 19 GB, depending on the configuration.

Regarding autonomy, the brand confirms a battery from 4.500 mAh with support to quick charging da 65W, called for the occasion Warp Charge 65T. The fingerprint sensor is instead placed under the display. They are not missing stereo speaker Dolby, vibration motor on X-axis and NFC.

Previously there was talk of the first OnePlus smartphone to arrive with the OxygenOS 12 native and therefore with Android 12 on board. To support this hypothesis, the fact that the Chinese house kicked off the release of the first Open Beta in the past few hours: in short, the new interface it's almost official and there is only one announcement from OP. Despite this, what is almost a frozen shower arrives: the terminal in fact, it debuted with Android 11, albeit in the form of ColorOS 12 (in China) pre-installed. We don't know now what the version will bring Global, but we are not far from believing that version 11 of the Google system will remain.

A wasted opportunity, even in light of the new OP updates policy: the smartphone will have three major Android updates but arriving with version 11, the first "serious" update will be the one to the brand new version 12.

Speaking of the photographic sector, the choice of the main sensor for the camera of the OnePlus 9RT relapsed on Sony IMX766 da 50 MP, which we have already seen on the Nord 2, marking a probable union of specifications between the two models already mentioned. In addition, the other two sensors are a wide angle from 16 MP and a macro from 2 MP. The selfie camera is instead a sensor from 16 MP Sony IMX471.

In addition to rumors about the standard version, in recent weeks rumors have begun to circulate about an alleged OnePlus 9RT Joint Edition. The device is expected to be a Chinese exclusive, on sale at the event Singles Day 11.11. For the moment there are no precise details: there should be a special package with various themed accessories, but for now we are groping in the dark. The smartphone should be moved by the Snapdragon 870 but it is good to take this detail (like everything else) with due precautions.

OnePlus 9RT momentarily arrives in China, as happened at the time for the 9R model. We expect at least a launch in India, as far as distribution is concerned Global, but we also reserve hope for theEurope. Although in fact there is Nord 2, it is possible that the third flagship of the year may have a landing in our latitudes, but for now there are no indications on this.

At the time of writing, OnePlus has not yet revealed the plans for the Global debut of the latest 9RT. As previously mentioned, the debut is expected in India while there are no certainties for Europe (hope is the last to die but it is unlikely). However the arrival of Oneplus 9RT Global it will certainly please Western users too since it will open the doors to release outside China and the possibility of seeing the device in the usual stores (such as Banggood), obviously with international ROM.

While we wait for the debut, a well-known Indian leaker reports that the sale price will be between 40.000 and 44.000 rupees (about 459 / 505 € at the exchange). More precisely, according to the insider it could debut at the same price as the previous 8T, ie 42.999 rupees (about € 494). For now there are still no confirmations from the Chinese company and we await news regarding the release of the device. Meantime here you will find all the details on where to buy the 9R model, a real one surprise.