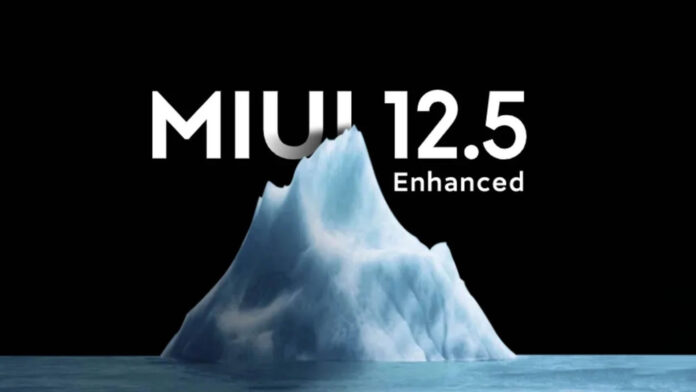 Presented together with Xiaomi MIX 4 and Mi Pad 5, finally the MIUI 12.5 Enhanced was also announced for the market EEE e Global. In this way, the new version of its proprietary interface will not remain exclusive to China, but will also arrive in the West. A major update awaited by many, even if it does not introduce real innovations in aesthetic and functional terms. On the contrary, the new version of MIUI was conceived with in mind the maximum optimization of the already existing 12.5.

The innovations developed by Xiaomi for the MIUI 12.5 Enhanced are concentrated in 4 key concepts. The first is called Liquid Storage, a new system for safeguarding the internal memory of smartphones. Although they are flash and non-rigid memories, they too can suffer from fragmentation in the long term. Every time you install and uninstall apps, take photos, record videos and in general move files in the memory, you can create "holes" between the bits that in the long run can slow down the operations of reading and writing. For this, the major update keeps this phenomenon at bay, with an increase in defragmentation up to 60%.

The second concept is Atomic Memory, always dedicated to memories but RAM rather than ROM. Volatile memories take care of managing apps in the background: the more the memories are capacious and faster, the more apps can remain running without being closed. With MIUI 12.5 Enhanced, Xiaomi has refined this mechanism, increasing the number of apps that can stay in the background without closing.

From ROM and RAM we pass to the CPU, with another novelty called Focus Calculation. Inside the update there are 51 pre-compiled scenes by Xiaomi, which include most of the contexts in which the smartphone is usually used. In this way, the system is able to reduce the impact on the CPU by up to 15% and energy consumption by up to 8%.

Closing, Smart balance it keeps consumption under control, creating the most optimal balance between performance and autonomy. A feature that allows Xiaomi Mi 11, for example, to have energy consumption on average 10% lower.

Xiaomi started the release of MIUI 12.5 Enhanced EEA and Global in the course of Q4 2021, therefore during the months of October, November and December. Among other things, we remind you that the presentation of MIUI 13 should take place at the end of the year, but that's another story.

The first smartphones that will be updated will be the following: Xiaomi My 11, My 11 Ultra, Mi 11i, My 11X, Mi 11X Pro, My 10, We 10 Pro, I 10T e Mi 10T Pro. As expected, the initial list contains only top of the range of the last two generations, so for the cheapest devices we will have to wait a little longer. As soon as we have new news, we will not fail to update this article.

When the ROMs are available for download, you will find them below. We remind you that you can try the MIUI 12.5 Enhanced in European sauce also thanks to porting of the Xiaomi.eu team.