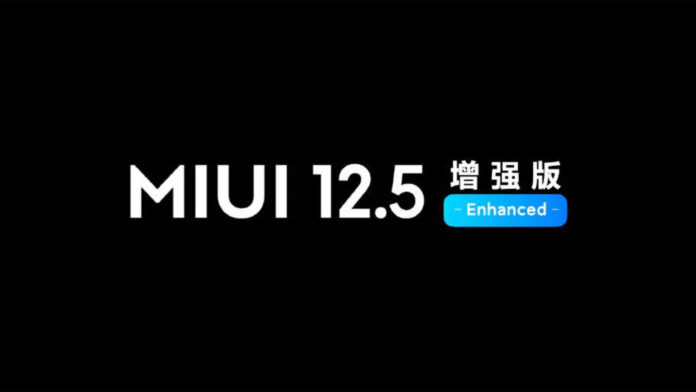 It was already known that the MIUI 13 it would not have been presented today: in its place, however, there was something new and it is called MIUI 12.5 Enhanced Edition. A novelty that arrives on the stage of the event that has seen as protagonists Xiaomi Mi MIX 4 e Mi Pad 5, in addition to the curious CyberDog. The intent of the Xiaomi software developers was not to create yet another new version of the UI, but to take the existing one and improve it. Also by virtue of the numerous criticisms that the company has received, due to a major update it has brought several problems on updated smartphones. When it comes to software, optimizations count more than news and in fact the Xiaomi developers have focused precisely on this.

Xiaomi presents the "new" MIUI 12.5 Enhanced Edition: what are the news?

As stated by Xiaomi, with the MIUI 12.5 Enhanced Edition numerous problems have been solved, even 160 related to the operating system and 224 to apps. For the occasion, the update focuses on four aspects, starting with the system Liquid Storage. Every time you install apps, take photos and videos and in general move data in the smartphone's memory, fragmentation is created. And by dint of fragmentation, the memory slows down in reading and writing operations. Precisely for this reason, in the "new" MIUI 12.5 there is a high sensitivity monitoring that involves an increase in defragmentation up to 60%. Laboratory tests show how a smartphone like Xiaomi Mi 11 Pro, after 36 months of use, has a lower performance of only 5%.

The second novelty is called Atomic Memory, a feature that always takes care of better managing the smartphone memory. This time, however, we are talking about that instead of ROM memory RAM, i.e. the memory that manages running apps. And if the ROM can fragment over time, the RAM must constantly manage which apps to open, which to keep in the background and which to close. What the MIUI developers have done is refine this dynamic by improving the prioritization of running apps. This means that a smartphone like Xiaomi Mi 10 Ultra has an increased ability to hold apps in the background by 64%.

Then go to Focus Calculation and from memories we move to CPU. The MIUI team created a series of 51 preset scenes, probably based on average user usage. These scenes are optimized in such a way that the foreground apps are processed better, eliminating the useless ones in the background. A mechanic that goes hand in hand with Atomic Memory and which, in this case, decreases CPU use by 15% and energy consumption by 8%. In the case of Intelligent Balance, the focus is on consumption, ensuring that the hardware is exploited properly but maintaining a certain balance. An optimization that allows, for example, Xiaomi Mi 11 to drop in average energy consumption by 10%.

Xiaomi announced that the first MIUI 12.5 Enhanced Edition roll-out started in China on August 13th. Here are which smartphones have been or will be updated and the related download links: