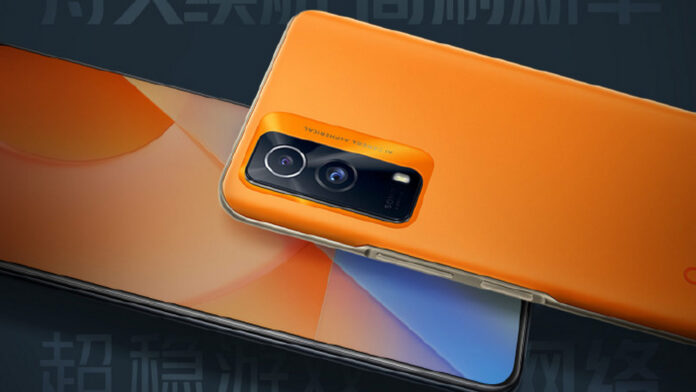 After the very first sightings, the details increase regarding the next addition to the Z range: iQOO Z5x it gets closer and closer and the rumors about the specifications, the price and the output increase. Below you will find a collection of all the leaks and confirmations regarding the next device of the vivo brand.

Upgrade 19 / 10: the Chinese company has confirmed the details on the display and hardware of the new Z5x. Find all the details in the various sections of the article.

iQOO Z5x: what we know so far

As expected, the iQOO Z5x will have a design in line with that of the previous model Z5. This means a back cover characterized by a vertical photographic module (which we talk about in the next paragraph).

After the details of the TENAA, the company has officially confirmed the design with the first teaser posters.

Regarding the technical specifications, the first benchmarks on Geekbench they already gave a fairly clear overview of what to expect. Indeed, the device V2131A (appeared on TENAA, Google Play Console and 3C and later identified as iQOO Z5x) is equipped with an MT6877V / ZA chipset, that is the Dimensity 900 by MediaTek, accompanied by 6 GB of RAM.

For the rest of the memories there are also rumors of a variant from 8 GB of RAM and 128 / 256 GB of storage expandable through microSD. This indiscretion was then officially confirmed by iQOO itself, which will therefore have its first smartphone with this chipset.

The operating system is based on Android 11, while for the battery we will find a unit from 5.000 mAh equipped with fast charging from 44W, as well as vivo X70 and iQOO Z5. There will also be the 3.5 mm mini-jack input for headphones. As a good device still devoted to gaming, albeit light, there is no shortage of 5-layer liquid cooling and support to Wi-Fi 6.

From a photographic point of view, the iQOO Z5x would have a dual main camera from 50 + 2 MP. The selfie camera, on the other hand, would be a unit from 8 MP.

Through the official social channels, vivo confirmed the presentation date (in China) of the new one iQOO Z5x: the launch event is set for the next one 20 October, therefore very little is missing before knowing everything about the device. As for the price, no rumors have yet been leaked.