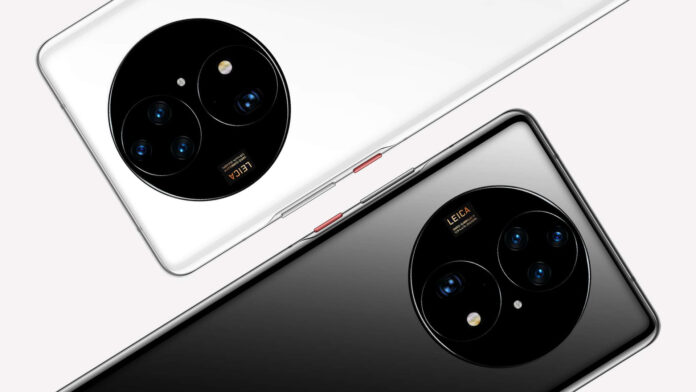 If already the timing of the launch of the family Huawei P50 are questioned, the fate of that Huawei Mate 50 the same is expected. For years the company has accustomed us to the presentation of its annual top of the range during Q1, or the first months of the year. But it is now evident that Huawei's canonical plans have skipped, since the US ban put the mobile division at serious risk. Lately we talked about the 5 points on which the restart of the company will be based, but the smartphone market will struggle to recover.

Upgrade 10 / 10: according to an insider, Huawei Mate 50 will be equipped with a "special" SoC. Find all the details at the bottom of the article.

There is still nothing official or unofficial, but the leaker Teme he has expressed himself several times on the productive difficulties found for the Huawei P50 series. Since the US ban ended commercial relations with TSMC, the HiSilicon division has suffered a bad setback and with it the production of proprietary chipsets. The company has relied on MediaTek, with the exception of the Huawei Mate 40 series and Mate X2 and that Kirin 9000 whose stocks may be in short supply. Or maybe not, according to other rumors, but the point is that Huawei's production chain is anything but facilitated by the American blocs.

The fact is that we are already in mid-April but the launch of the Huawei P50 series is not around the corner at all. According to Teme's Twitter claims, the presentation was postponed to the month of June. What could happen on the occasion of the MWC 2021 in Barcelona, ​​also postponed to the beginning of the summer? For now it is still early to say, but that's another topic. Because actually the actual placing in sale of Huawei P50 would not be expected for June, but for the next August.

In light of this, someone rightly wonders: but if the Huawei P50 was released in August, it would make sense to present Huawei Mate 50 at the end of the year? To answer the question is always Teme: for this reason, the Mate 50 series would be postponed to start 2022. In short, it is as if Huawei had reversed the presentation cycles of its top of the range. A thesis that actually is already in circulation since the end of 2020, when it was rumored that the Mate 50 would not be there in 2021.

With the arrival of HarmonyOS 2.0 for smartphones, wearables and tablets, the Chinese giant offered a small preview of the future Huawei P50; however, a date is still missing and for now we are groping in the dark. For months now we have been talking about problems related to the production chain, US ban and so on and now comes yet another "confirmation". According to Chinese media this year there will be no new Mate series device. This will be the first time that the company will not announce a model in the range and it is not known if there will be a future model. Huawei Mate 50 or if the company will skip a generation.

However, it is good to specify that for now these are indiscretions - even if they may not be very far from reality given the delay of the P50 - and that for now there is still no confirmation from Huawei.

Over the months, we have gone from talking about a Huawei Mate 50 as a delayed smartphone to one that could have skipped altogether. A hypothesis that did not seem so far-fetched, given the delicate situation in which Huawei finds itself, forced to heavily downsizing its telephone business. A news that saddened the community, given the appreciation for the Mate series, but the hope of seeing a new model has been rekindled.

An industry leaker wanted to reassure users with a post on Weibo where he underlines how Mate 50 was yes postponed, but not canceled. It is again pointed out that 2021 will not be the year of Mate 50, postponed to the next 2022. Also because for Huawei it would be a bad media blow to cancel a series, the Mate one, so much appreciated by the public both in emotional and economic terms. A report from the China Securities Journal, according to which Huawei would have strengthened his claims finalized the design of Mate 50. The smartphone would be ready for production, but the company would be figuring out when to start, given the lack of components.

We have already talked far and wide about the possible launch period of a Huawei Mate 50 which until a few months ago it was doubted even could exist. The company does not want to permanently close the Mate series, but the limitations of the US ban have pushed its marketing further over time. And according to the latest rumors, its launch should take place towards the end of Q2 2022, therefore in the triptych of months including April / May / June, presumably in June.

It would be the first time in 8 years, as it is since the launch of Mate 7 in 2014 that the Mate series is presented in the fall / November. Among other things, the future is also expected to debut in that period foldable Mate X3. Also according to these rumors, the Huawei Mate 50 series will include models 4G and 5G, with a mix of Qualcomm chipsets Snapdragon e Kirin. If you were wondering what will happen with the next P60 series, the leaker says that Huawei would be willing to launch only one flagship this year. This would mean the postponement of Huawei P60 to 2023, even if the impression is that Huawei is also navigating a little on the basis of US dynamics.

Huawei Mate 50: in the meantime, concept renderings are appearing | Update 06/09

After the many rumors that follow one another in a disparate way but never with a glue, as in the case of chipset used or on the question of satellite communication, Huawei Mate 50 tries to take shape. In this case, the first ideas on how it could be give us some concept renderings by the Finnish leaker Teme. As we can see, the smartphone is pictured with a body similar to the Mate 40 series but in the camera bumper circular finds space for the pill that is distinguishing the P50 series e Nova 9. There could be four sensors similar to this year's P series. We will understand if the blogger has seen it right or if we will see a more similar model, for example to Magic 3 by Honor.

New rumor hangs over the fate of the next Huawei Mate 50. Or rather, on the Mate 50 series. According to the new leak from Teme (RODENT950) on Twitter, it seems that the next top model, specifically the Pro model, could use a camera below the display, marking the definitive debut for Huawei. But not only that, because the Mate series could review the fateful return to 5G for the brand's smartphones. This indiscretion is certainly more difficult to imagine, but in the environments close to Huawei they seriously believe in a not far return of current connectivity.

Also today we talk about the screen that will characterize Huawei Mate 50 Pro, but this time no cameras under the panel. The rumor comes from Ross Young, a well-known insider in the world of screens, stating that the next Huawei flagship will also be equipped with LTPO display. An indiscretion that, to tell the truth, had already appeared several months ago, but which this time is accompanied by an unprecedented detail.

In the table posted on Twitter is the list of smartphones, released or outgoing, equipped with LTPO screen. And among the various models, Huawei Mate 50 Pro appears, accompanied by a date: Q4 2021. A date much closer than the Q2 2022 rumored in recent weeks. It remains to be seen what Huawei's actual plans are: given the post-ban situation, it cannot be ruled out that the company already has the smartphone ready but is deciding when to present it.

The leaker Teme returns to talk about the release date of the Huawei Mate 50 family, given the rumors that have been chasing each other lately. Based on the information above, it was rumored that the new top of the range Huawei could be presented later end of 2021. But as already specified in the past months, Teme points out that it will not be so and which will arrive in 2022.

First of all because it would take too long poco time since the launch of the Huawei P50 series, of which Global launch is still awaited. Then because, unlike P50, for the Mate 50 series there would be the will to launch it only in the 5G version and at the moment there are limits deriving from the US ban. Also according to Teme, Huawei has created the first prototypes of the Mate 50 and the final design has not yet been finalized.

What will be presented in Q4 2021, then? Fears specifies that the next release will be the series Huawei Nova 9, arriving in China in the next few days and on the Global market in October.

Frantic rumors continue to follow one another, albeit not yet decisive, regarding the release of the next Mate 50 range. According to the latest rumor, Huawei could launch its flagships by March 2022, with the possibility of being the only brand in the world to license the next Snapdragon 898 with modem 4G, which we have come to know and which we have reported in this article. In short, Huawei's desire to create an important line up, despite everything, is strong and the idea of ​​retaining the public, at least Chinese, is becoming increasingly popular (availability of P50 permitting).

It was October 2020 when the Huawei Mate 40 family was presented, the first to show off the then new Kirin 9000. One year later, HiSilicon production seems to have come to an end because of the restrictions imposed by the USA. But if so far Huawei has managed to use them on the Mate X2 and P50 series, it seems that the same will not happen with that Mate 50.

According to the statements of the leaker Teme, Huawei Mate 50 would be the first (and almost certainly one of the very few) to use the Snapdragon 898 with 4G modem instead of 5G. Therefore, the hypothesis is put forward that the Mate 50 series will not be equipped with Kirin 9000 regardless of what has been previously hypothesized.