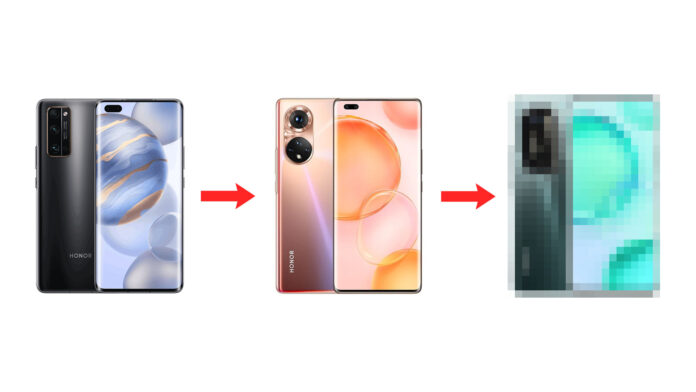 Since it has been detached from Huawei, Honor has officially kicked off its new course and is already beginning to talk about its future in the form of Honor 60. 2021 is in effect the year of her return, after a 2019 and a 2020 that have seen her out of the game, at least in the West. It took just a few months to bring it back into vogue: over poco time, Honor has managed to overtake Xiaomi, reaching third place in the Chinese market. Now we are preparing to formalize its return also in the West, since Honor 50 is now ready to be marketed in Europe.

The official confirmation is still missing, but the end of October will be the presentation period of the Honor 50 flagship, also accompanied by the Lite variant. We still ask ourselves if and when the real top of the range will be made official, that is Honor Magic 3, But that's another story. The impression is that, at least for the moment, the Chinese and Western divisions of Honor are not synchronized in the launch period of the outgoing smartphones. As often happens with Chinese brands such as Xiaomi, Huawei, OPPO and vivo, Asia remains the reference market. For this reason, in Europe it often happens that some models do not arrive at all or that they arrive later than in China.

Honor 60 is not that far on the horizon: that's when it should debut

For example, it was assumed that Honor V40 would come also from us, but this was not the case and should remain so. The same goes for the Honor Play family, which only welcomed 2021 models in 6 but none of which came out of China. The same Honor 50, the first model arriving in Europe between October and November, was made official in China in June, that is 4/5 months earlier. And also the Honor Magic 3 series, presented in August, will not arrive before the end of 2021. I think you understand the hint: the roadmap of the new releases of Honor China does not correspond to the Global one and even for several months.

It's no surprise, then, that the company is already thinking about the next Honor 60. Usually each manufacturer renews its flagships once a year, but remember that the Magic series is the truly top of the range. In some ways, the Honor 50 is as if it were the alter ego of Huawei P50 while Honor Magic 3 of the still awaited Mate 50. However, the Honor 50 series is halfway between top of the range and mid-range with its medium / high-end Snapdragon 778G SoC. Honor may therefore have adopted a market strategy similar to that of OPPO and therefore we could compare the Honor 50 series (and future models) to the Reno one. Consequently, instead of updating it only once a year, as OPPO could produce more models each About 6 months.

Here, then, that the rumor published by the leaker Teme talks about the release of Honor 60 between late 2021 and early 2022 in China. A timing that could ring a path if we consider that Honor 50 will arrive in Europe at the end of October, but which takes concrete form by virtue of what has been said so far. Honor 50 arrived in June in China and November in Europe, while Honor 60 could arrive in January 2022 in China and then arrive in Europe in spring / summer 2022. Unless Honor decides to bring the launch windows between China and Europe closer, but this is still to be seen.