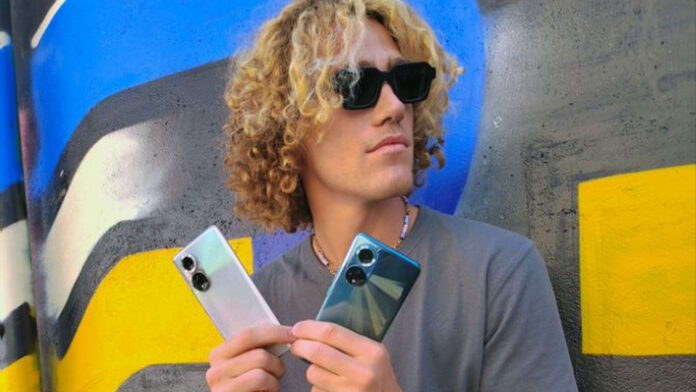 Presented last June, from time to time some of you ask us when the series is coming Honor 50 in Italy. So far we have never been able to answer you, given the lack of information from the Italian division itself. After sale by Huawei, the creation of the independent company was officially announced in recent months, also here in Italy. Since then, the company has progressively made it clear its intention to return predominantly to the Global market and not just the Chinese one. Starting with the reintegration of Google services on their smartphones, Honor 50 and Magic 3 included.

12 / 10 Update: after the presentation date and prices, we also learn the confirmation of the long-awaited GMS. Find the details at the bottom of the article.

Honor 50 expected to debut in Italy: everything we know about output and price

After months of waiting and silence, something is finally moving. Honor 50 was spotted in Italy, more precisely to the Milan Fashion Week 2021 in the hands of the photographer and video maker Simone Pollastri. The Milanese stage was exploited to give a taste of Honor 50 in view of its now forthcoming marketing in Italy. It is particularly noteworthy that Milan Fashion Week represents a moment of restart for the sector after almost 2 years of stagnation, the same thing happened for Honor in Italy. It was late 2019 / early 2020 when the Italian division announced the arrival of the Honor 9X series, the latest flagship to be sold in our country.

If you were wondering, then, Honor 50 is coming to Italy, even if at the moment there is no precise date yet. Our division limited itself to specifying that "will soon be available for purchase“, So it shouldn't be much longer. We will certainly talk about it in the weeks to come.

We have the submission date

After a few hours we return to talk about Honor 50 and its debut Global. There are still no certainties for Italy but according to what Roland Quandt revealed, the European debut would be set for the next 26 o 27 October. The company would have started distributing press invitations: it seems that the event will be held in Berlin and that two new Android smartphones will be protagonists, obviously with full support for Google services and the Play Store.

According to rumors there will be the standard model, accompanied by Honor 50 Lite: in this case we will have a main camera from 64 MP (instead of 108 MP) and the only connectivity 4G. Be it the mysterious model certified by the FCC long ago?

Honor 50: unveiled the price for Europe

While we await news regarding the debut for Europe (to date the date is the result of a leak and the official confirmation of the Chinese house is still missing), we return to talk about Honor 50 Global, this time with the first rumors about the price sales in our latitudes. According to the well-known leaker Roland Quandt, the device will arrive in Europe at a starting price of 499€, for the version of 6 / 128 GB. The 8/256 GB model will be offered instead to 599€. Recall that it would be European prices and therefore it is good to expect increases for the Italian market.

Not long before the arrival of Honor 50 in our country and every day that passes is enriched with more and more interesting details. Above all, perhaps the most awaited detail, the confirmation that the models for our latitudes will be equipped with Google services. The announcement came on social channels Italy and Global of the brand, thus bringing the Digital series definitively into our imagination. And you, were you waiting for this news? Could it potentially be a purchase to be evaluated? Let us know in the comments!