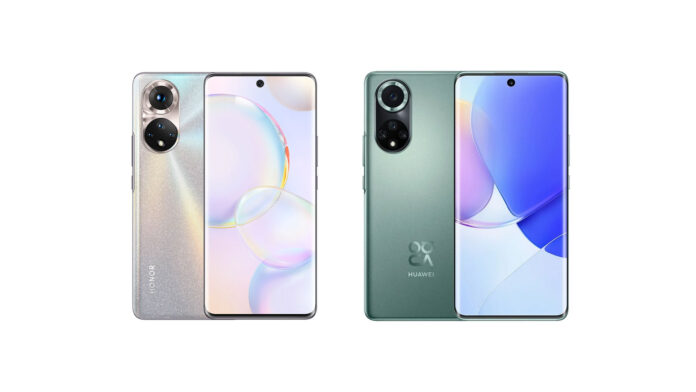 In a way, we can say that Honor 50 e Huawei Nova 9 they are two sides of the same coin. Both presented in Italy in the same week, you don't need to be an expert in the sector to understand what I'm talking about. The similarities between the two smartphones are to say the least poco obvious, except just for the respective logos of the two companies. The colors also change, but otherwise they are practically identical, both in the forms and in the technical specifications. The dimensions are the same and contain the same 6,57 ″ Full HD + OLED screen at 120 Hz. Within both we find the same hardware configuration, driven by the Snapdragon 778G (5G on Honor, 4G on Huawei) and a battery 4.300 mAh with 66W charging. Even the SuperCharge charger is the same: only the branding changes, Huawei or Honor depending on the smartphone.

There is only one tangible difference, namely that the Honor smartphone has a 108 MP primary sensor instead of a 50 MP sensor as on the Huawei Nova 9. Obviously the software also changes, but inevitably: Honor can use Google services on the its own Magic UI, while EMUI 12 (the western name of HarmonyOS) lacks it. But apart from that, the two UIs are pretty similar too, just as they were when Honor was still a sub-brand of Huawei.

I could continue by pointing out that, even if they did not come to us, the same discourse of similarity also applies between Honor 50 Pro e Huawei Nova 9 Pro. Same size, same Snapdragon 778G, same 4.000 mAh rechargeable at 100W. Not to mention Honor 50 Lite, a model that instead arrives in Europe but which always comes with a re-edition of the existing down Huawei Nova 8i.

If all these things are added together, a doubt arises: is Honor actually an independent company? You will certainly remember that, due to the US ban, Huawei found itself forced to sell its sub-brand to a Chinese consortium. Since then, while Huawei has heavily downsized its phone business, Honor has gradually raised the hype about its return to the scene. A return in style with the launch of the Honor Magic 3 family Magic 3 Pro + which is in effect the first top of the premium range from Honor. But even in this case one cannot fail to mention the similarity with that Huawei Mate 40 RS Porsche Design from which it inherits dimensions, shapes and technologies.

All elements that have led to the birth of speculations of various kinds. The most mischievous see in Honor a sort of ploy with which Huawei would continue to operate in the West in spite of the US ban. To the point that the US government would be considering extend the ban also to Honor, precisely for these aspects that are not exactly clear.

Doubts that have also arisen in the youtuber Mrwhosetheboss, among the many who received Honor 50 and Huawei Nova 9 in their hands. In his video he also makes the above observations, but also adding an element to be taken into consideration. After addressing these doubts to Honor itself, the company replied:

And it is an observation that I have already made to you in this article related precisely to the similarities between Honor Magic 3 Pro + and Huawei Mate 40. Especially when it comes to level smartphones, ie top of the range and the like, its features are studied well before they arrive on the market. Same Huawei P50 and P50 Pro are bearers of this new aesthetic line adopted by the two companies, which sees an elliptical rear camera with two separate round sections. In short, it will still take some time before we see a truly independent Honor.