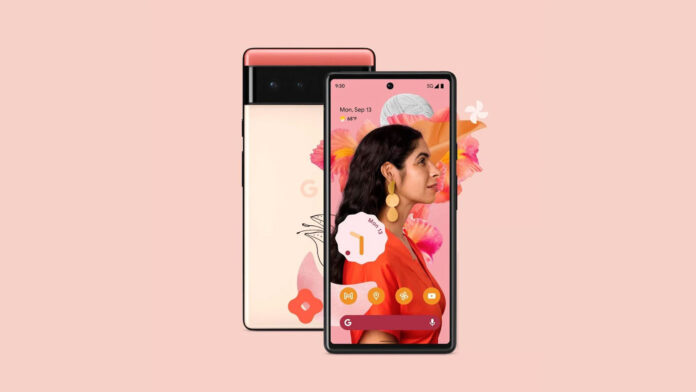 I'm pretty sure the new design of the Google Pixel 6 e 6 Pro it will polarize the taste of the community. Big G has officially decided to twist the cards on the table, totally changing the line of sight adopted in the past generations. The Pixel family has never made revolutionary changes in aesthetic terms, bringing fairly conservative smartphones to the market, in a landscape where few dare. But the visual change is not the only novelty of the new Google smartphones, quite the contrary.

Google Pixel 6 and 6 Pro official: all the news

Especially with the Pixel 5 series, Google users had complained about a too modest approach, with smartphones that looked bad when compared to the choices of competitors. But from an aesthetic point of view, Google Pixel 6 e Pixel 6 Pro they introduce more decisive changes. Not so much in front, where we find the now canonical screen punch-hole, but rather on the rear. On all Pixel models launched in the previous years, the manufacturer has adopted a photographic compartment located in the upper left corner. In this round, however, the camera module is all new, in position and shape. The body is protected by certification IP68 against liquids and dust.

The Google Pixel 6 family introduces a central photographic module, located inside a glass band raised above the body and surrounded by a metal border. If we wanted to find a similarity with Google's past, a vague resemblance can be seen with the fu Nexus 6P in partnership with Huawei. A decidedly obvious solution to the eye and let's assume that this is Google's intent, to give visual predominance to what is one of the strongest pieces of the smartphone. In terms of materials, Google has adopted an aluminum finish matte for Pixel 6, while on the Pro we find a shiny aluminum.

Compared to previous generations, the change also affects the colors, with the photographic band that separates the back cover in two. The bottom and top have different colors, while the Google logo is moved to the center as there is no longer the ID sensor, moved below the screen (there is also facial recognition). To be exact, Pixel 6 is offered in Kinda Coral, Sorta Seafoam and Stormy Black, while Pixel 6 Pro in Sorta Sunny, Cloudy White and Stormy Black.

Not just aesthetics: the real novelty of Google Pixel 6 and 6 Pro is under the hood. It has been rumored for some time and now it is reality: Google inaugurates this way tensor, his first SoC owner. A chipset made not so much to flex the muscles in terms of raw power, but to optimize parameters such as artificial intelligence and machine learning. A strategy that we have already seen adopted on the photographic side with the old Pixels, able to excel with smaller numbers on paper than other rivals.

Also, inside Tensor we also find one Tensor Processing Unit (TPU), i.e. a mobile version of the ASIC processors that Google uses in its server farms. Its implementation allows the Pixel 6 and 6 Pro to raise the bar in certain sectors, especially the photographic one (all the details in the paragraph "Camera"). On the connectivity side, in addition of course to 5G with Exynos 5123 modem and Wi-Fi 6E, support is integrated for the first time UWB (Ultra Wideband). The Pixel 6 series also adopts the short-range wireless communication protocol to communicate with compatible devices. Furthermore, even via NFC it is possible to use the smartphone as a digital key for the car.

Memory cuts are from 12 / 128 GB for Pixel 6 and 12 / 128 GB e 12 / 256 GB for Pixel 6 Pro. The batteries are from 4.600 and 5.000 mAh with support to wireless charging da 30W. It will be interesting to evaluate the yield of autonomy, given the presence of a dedicated SoC which, on paper, should guarantee a better yield. Inside the Pixel 6 there will be what is called a "always-on computer”To manage those low-load tasks, such as the Ambient Display.

When it comes to Pixel, one cannot but dwell on the software component. As it was obvious, Google Pixel 6 and 6 Pro are the first smartphones to embrace the new Android 12 and all its news (you can find them in the dedicated article). But the real turning point is software support, as this time Google will be able to control hardware support more and not be constrained by third-party chipmakers. Precisely for this reason, the Pixel 6 range is the first to have a support of at least 5 years of updates safety.

Tensor's TPU also improves the real-time translation, managed locally, being able to convert the speech of the videos into text on the screen and translate it into other languages. The Active Edge feature is no longer present to squeeze the smartphone and activate various features. In its place, thanks to Android 12, is the Quick Tap: by double tapping on the back of the phone, you can start Google Assistant and other shortcuts.

Even before the Google Pixel 6 series was presented, someone has well thought of pleasing those who want a taste of it by publishing the official wallpapers online. You can download them at original size (i.e. 1440 3122 pixels x) from the following link.

Equally interesting is the photographic sector of Google Pixel 6 and 6 Pro, which has always been ace up Google's sleeve. The Pixel 6 base model has a double camera composed of primary and wide-angle lenswhile the model Banco Pro boasts the addition of a periscopial telephoto lens with optical zoom 4x. Let's talk about configurations from 50 + 12 MP and 50 + 12 + 48 MP with Samsung GN1 primary, Sony IMX386 wide angle and Sony IMX4 586x telephoto lens for the Pro. According to Google's claims, the wide angle is capable of capturing 150% more light than previous models. Also worth mentioning is the selfie camera, from 8 MP on the basic model and from 12 + 8 MP on the Pro one by adding a wide-angle lens Sony IMX663.

But apart from the sensors themselves, what really matters for their performance is the technical support sector. Precisely for this reason, Google has invested heavily in optimizing the SoC Tensor in this sense, in particular with the inclusion of the aforementioned TPU. The component gives life to a whole series of features related to AI and machine learning. An example is a blurry photo of a baby in motion which, thanks to TPU processing, improves sharpness in post-production. This is thanks to the combination of data from the primary sensor and the wide angle, able to shoot faster. Using facial recognition, the TPU recognizes the presence of a face and thus combines the data from the two sensors.

New features include manual white balance, Magic Eraser to eliminate obstacles in the photo, Face Unblur to avoid blurry faces, Audio Zoom, support for Bluetooth microphones via TWS headphones and more. Google has also focused on the improve the video rendering, one of the Achilles' heels of the past models, especially when compared to the photographic one. The advantage of using this TPU is to be able to enjoy the HDR algorithms much appreciated in the Pixel photos also in the video phase, being applied to each frame of the recorded clips.

Google Pixel 6 and 6 Pro are available in the US at the price of 599 $ e 899 $. Google has confirmed that they will also arrive in Italy from first half of the 2022, but we still don't know when and at what price.

KUU's 3K notebook renews itself and flexes its muscles: ...