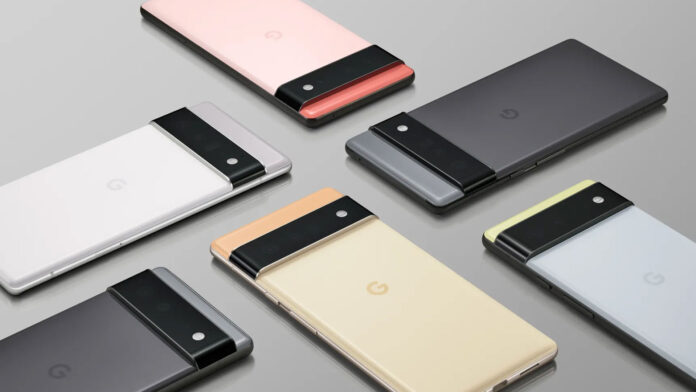 The new Google Pixel 6 e 6 Pro they are not just “a new Pixel”, but they represent a strong change of pace from Big. After starting big, Google's smartphone division has lost momentum towards competitors. The first Pixels proved to have no rivals in the photographic field, an advantage that has been diminishing with the latest iterations against competitors such as Samsung, Apple and Xiaomi. But this time around the Pixel 6 series is a big change, both in how it looks visually and in what is hidden under the body.

Google officially presents Pixel 6 and 6 Pro: the password is "Tensor"

If the latest generations of Google smartphones hadn't dared much on the aesthetic side, the same cannot be said for Google Pixel 6 and 6 Pro. The manufacturer has decided to change the cards on the table, choosing a completely new graphic design that differs greatly from the vast majority of phones in circulation. Always protected by IP68 certification, Pixel 6 is available in Kinda Coral, Sorta Seafoam and Stormy Black colors, while Pixel 6 Pro in Sorta Sunny, Cloudy White and Stormy Black colors. Colors that vary from the top and bottom, separated by the eye-catching photographic module organized horizontally and no longer at the top left.

Before we find a solution again punch-hole to host the selfie camera, but there is no shortage of news for the display. Both protected by Gorilla Glass Victus glass, the Google Pixel 6 houses a screen OLED plate da 6,4 "Full HD + a 90 Hz, while the Pro model has a screen curved da 6,7" Quad HD + a 120 Hz. There is also another substantial difference between the two models: the Pro has a screen LTPO, that is, with variable refresh rate from 10 to 120 Hz to save battery depending on what is on the screen.

As anticipated, under the hood of the Google Pixel 6 family beats a whole new heart called Google Tensor. For the first time, Google has opted for the creation of a proprietary chipset and with it a whole series of hardware innovations. It is a 5nm SoC with 2,8GHz octa-core CPU and Mali-G78 GPU, accompanied by 12 GB of RAM and 128 / 256 GB of non-expandable storage. The dimensions change and therefore the batteries change, from 4.600 mAh on Pixel 6 and from 5.000 mAh on Pixel 6 Pro. Both enjoy fast charging a 30W, also in wireless.

It goes without saying that the Pixel 6 range mounts by default Android 12, with Google promising 5 years of security updates. This is possible thanks to Google Tensor, but the proprietary SoC also and above all benefits the photographic sector. On the standard model we have a dual camera from 50 + 12 MP with wide angle, while on the Pro there is a triple camera from 50 + 12 + 48 MP with the addition of a periscopial telephoto lens 4x. On the front, however, Pixel 6 has a single sensor from 8 MP while Pixel 6 Pro two sensors from 12 + 8 MP with wide angle.

Google Pixel 6 and 6 Pro are available in the US at the price of $599 e $899. Google has confirmed that they will also arrive in Italy from first half of the 2022, but we still don't know when and at what price.

Do you want to know everything about the Google Pixel 6 and 6 Pro? Then take a look at our dedicated mega insight!

Honor 70 and 70 Pro officially unveiled: this is how they will be done