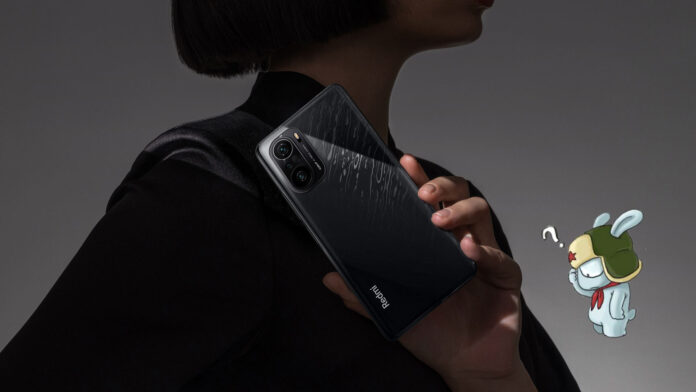 Redmi K40, in all its declensions, it was certainly one of the most competitive and popular smartphones of this half of 2021. But for the same Redmi it's already time to think about the series K50: between indiscretions and rumors we try to trace the list of features of the next models of the family.

Upgrade 14 / 09: we return to talk about the Redmi K50 series, thanks to a leak that sees it equipped with a high quality display. Find everything in the “Design and display” section.

Redmi K50: everything we know so far

To set the question explicitly and openly, speaking precisely of the functions dedicated to Redmi K50, was the CEO of the Chinese company, Lu Weibing. The executive asked users what kind of features, configuration and experience they hope to find in the next flagships that he has already indicated as K50. The most frequent answer, undoubtedly, is to maintain fast charging at at least 67W, which, however, they hope will remain wired, as confidence in wireless charging is still low.

For the configuration, many have asked 512 GB of storage, to date totally unpublished in a Redmi, so we ask for greater freedom of use of the smartphone space. As for the other specifications, the request for a battery from 5.000 mAh has emerged several times. Then there is someone who asked for a curved display, another new feature for a Redmi, which, however, the brand seems to want to indulge.

After fueling the discussion about Redmi's next flagships, Lu Weibing catches everyone off guard and asks users what there should be or what they expect for the successor of K40 Game, hinting that Xiaomi's rib is already thinking about a possible K50 for gaming. The question, according to the comments, is mainly about the chipset issue, as users are clamoring for a CPU Snapdragon in place of the one MediaTek chosen for this year's model.

After seeing the expectations of fans, the time has come to take stock of the situation and instead collect the various leaks about the series Redmi K50. The render you see above is clearly fake, but it is still a first attempt to trace the design of the range.

According to the well-known leaker DigitalChatStation Xiaomi would be working on new materials for the back cover of their devices (including Redmi) and should present a solution similar to glass but new, a sort of GLASSTIC, probably to favor the wireless charging. This is only an indiscretion, but therefore it seems that we could find this news on the K50 family.

Similarly to the previous generation, once again we should have displays AMOLED even if in this round we would have a fingerprint reader integrated under the panel. But above all, again according to Digital Chat Station, the top versions could be equipped with the technology AMOLED E5, the latest and most advanced standard. For the screen size there is a rumor of a solution from 6.7 "Full HD + a 120 Hz, with Full HD + resolution (2400 x 1080 pixels), but pay attention to the possibility of the debut in resolution 2K +; the central punch hole, presumably the same 2,8mm diameter mini solution. For now we assume that all panels will be flat (although some Mi Fans are clamoring for the arrival of a version with curved edges).

Obviously, for the K50 range, a medium-high-end basic model is expected, but also one or more top versions. Consequently it is clear that we will find the next one on board Snapdragon 895, Qualcomm's future high-end solution. Meanwhile, we learn from a new leak that the codenamed smartphone Poussin, which would indicate the standard model, would once again be equipped with the Snapdragon 870, as on the K40. The choice is certainly understandable given the ease of finding this chipset compared to others.

We do not yet know the battery capacity (still 4.520 mAh?) But according to a Chinese leaker we should find support for fast charging from 67W. With Redmi K50 Pro, however, it would even rise to 120W, the same power as Xiaomi Mi 10 Ultra. In addition to this, two new interesting details add to the list of news around the K50 range. Always second Digital Chat Station in fact, there may even be the debut of a waterproof model with IP68 certification. It would be an absolute prime time for the brand. Another indiscretion concerns the fact that there may be a double symmetrical speaker.

For the rest of the specifications we still have no details and the same applies to the photographic sector even if we expect improvements from the point of view of the shots. Recall that the current triptych mounts solutions from 48/64/108 MP with wide angle and macro (respectively K40, K40 Pro and K40 Pro +).

But as for the new range, Redmi K50 should focus on a main sensor from 48 MP (o 50 MP according to more recent rumors) while in the case of the older brother Pro we would have a sensor from 108 MP.

We talk about it with skepticism and still await official details, but in recent weeks there has been talk of a possible Redmi with camera from 192 MP: be it the future K50 Pro +? After all, this is the only model not yet mentioned by the leaks and fantasizing certainly does not hurt!

It will still take a long time before we start talking more concretely about the Redmi K50 series, also because in the meantime we should see the launch of Redmi K40 Ultra, the alleged rival of OnePlus North 2. The leaker DigitalChatStation tells us about when the K50 should be debuting and according to the insider the launch could take place before the next one Chinese New Year. This means that the event would be fixed during the period of January / February 2022, thus following the possible presentation of Qualcomm for the Snapdragon 895.

Everlasting DigitalChatStation reports a novelty: Xiaomi would be working on a new smartphone equipped with Snapdragon 870, equipped with an OLED display from 6.7 ″ Full HD + (2400 x 1080 pixels) at 120 Hz and a main camera of 50 MP. The launch would be set for the first months of 2022: given the exit window, it is likely that it is Redmi K50 base, although some point in the direction of the alleged Redmi K40S, a new addition to the range before the arrival of the next generation.